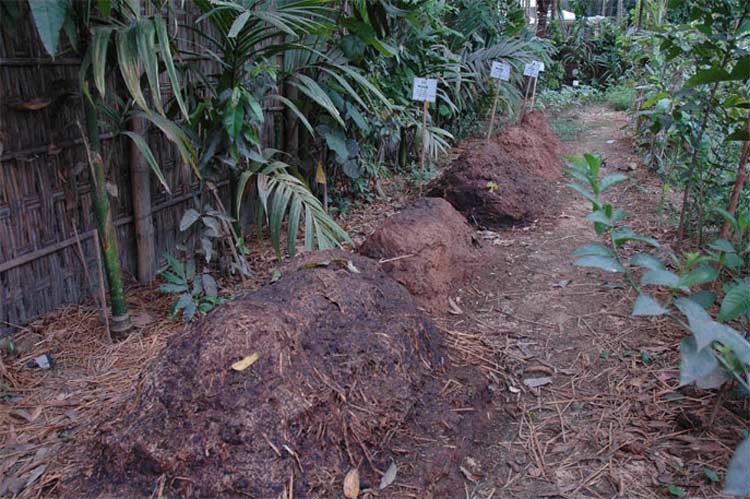 Bangladesh has achieved a significant success in food grain production in the recent past which has made the country self sufficient in food grain. Bangladesh was food deficit prior to 1971, the year of indepence and continued to be so for long afterwards. However, the country is now self-sufficient in rice. Rice production increased from 11.7 million metric tons in 1974 to 33.54 million metric tons in 2010 (BBS, 2011). One of the keys to this success has been the use of chemical fertilizer, especially that of urea for meeting the need of nitrogen. In 2010-11 cropping season Bangladesh used 26.55million metric tons of urea fertilizer for rice and other crop production.The essential supply of urea exacts a heavy price.Runaway fractions suffocate life forms in open water bodies, pollute underground water, air, add to global warming and accelerate climate change .

Fertilizer applications are needed on the principle to apply as much as plant nutrient as the previous crop has removed and also provide the essential nutrient for the following crop.

The rate of application of fertilizer in Bangladesh is disproportionate to the requirement. Nitrogen, phosphorus and potassium contribute about 70, 20, 10 percent respectively of the total quantity of applied fertilizer.

However, it is known that plants require at least 20 elements for growth and development. These include carbon, hydrogen, oxygen, nitrogen, phosphorus and sulfur for composing protoplasm. In addition to these six, there are 14 other elements which are essential to the growth and development of plants including calcium, magnesium, potassium, iron, manganese, molybdenum, copper, boron, zinc, chlorine, sodium, cobalt, vanadium and silicon.

Carbon, hydrogen, and oxygen contained in plants are obtained from carbon dioxide and water. Rhizobium fixes nitrogen in association with legume. Rhizobium can meet 80-90% of the nitrogen required by pulse crops. Azotobactor contibutes about 20 kg of nitrogen per hectare. Azospirillium, a symbiont fixes the same amount of nitrogen as Azotobactor .

The recovery of added urea in the crop field in Bangladesh is only about 30%. Dentrification occurs due to lack of oxygen in waterlogged paddy fields. Soil bacteria convent nitrate (NO3) and nitrite (NO2) into gaseous nitrous oxide (N20), nitric oxide (NO) and nitrogen (N). These are lost to the atmosphere and add burden as Green House Gas, lead to global warming and climate change.

Hydrolysis of urea (NH2(CO) NH2) by soil enzymes converts urea into ammonium (NH4) and carbondioxide (Co2) gas. Carbondioxide adds burden to atmosphere as Green House Gas. Ammonium is bound to clay particles in the soil and roots have to reach it. Most of the ammonium is, therefore nitrified before it is taken up by plants.

Applied urea acts as a chemical that sterilizes the soil by killing off all the good bacteria normally found living in the soil. Because urea is a much more concentrated source of nitrogen, the bacteria are not fed but killed. Consequently plants find themselves weakening and starving from lack of proper nutrition and stressed out. Their root system no longer functions as they should. Plants are stressed all the time. Plants thus stressed out are more inclined to disease and pest attack.

Sustainability of agricultural productivity remains crucial as we have to meet the need of improving crop yields without compromising environmental intregrity and public health .The alternative way is to feed the bacteria first and let the bacteria feed the plants.Use slow release organic sources of nitrogen only. Never use nitrogen source alone but combine with manures and bacteria. Provide minerals in amount needed by soil and plants. Encourage high bacterial population in the soil by increasing use of compost based products, recycling of crop residues and enhancement of natural processes such as biological nitrogen fixation and increasing beneficial root associated micro-organisms of agricultural crops.