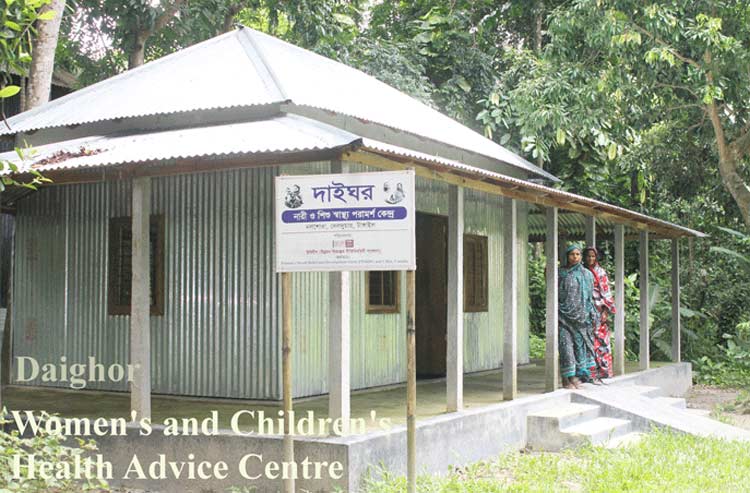 In early 2012, UBINIG took an initiative for improving access of maternal and child health to the government health service delivery system. For this purpose, UBINIG selected 130 villages in 23 Upazila under 15 districts, where the women of reproductive age, pregnant women and children under 5 (U5) had very little access to government health service delivery system. UBINIG also identified various reasons for poor access including transport, non-availability of health professionals and as women many of them found difficulties to move. UBINIG also recorded that the government health professionals have occasional visits from the government Health and Family Planning Services who conduct immunization campaigns. To access government health care, villagers have to travel a minimum of 4 to 6 kilometers to the nearest health centers. Women in particular find it difficult to access health services outside their villages. They face mobility restrictions because of their gender. In addition, the transportation cost to visit even the nearest government health centers puts a financial burden on their impoverished families. Furthermore, many women have experiences of non-availability of health personnel at the government health centers and are also reluctant to trust their health care to people they do not know. 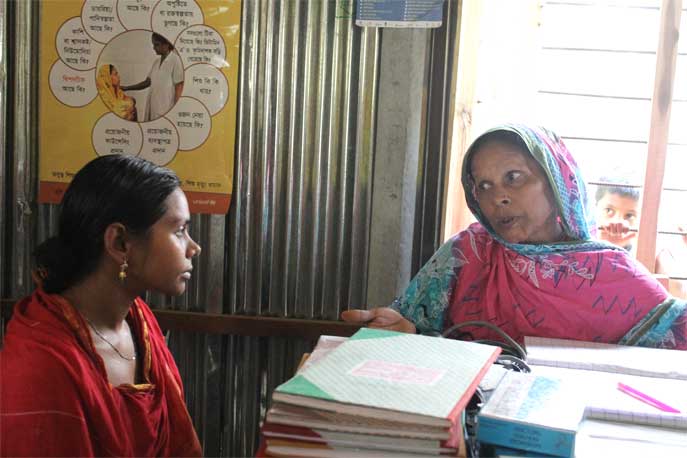 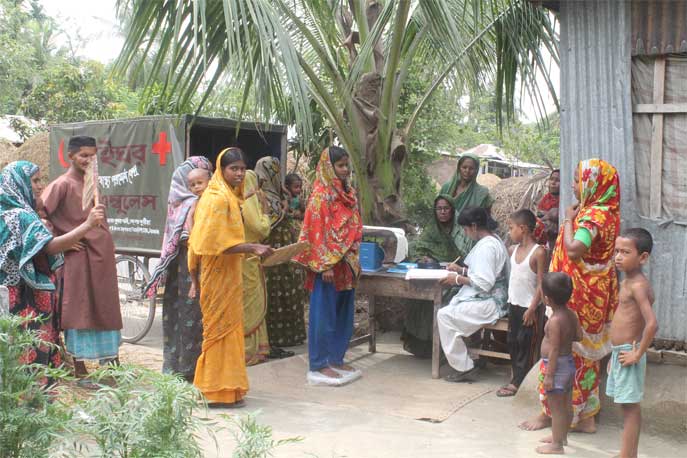 The initiative capitalized on the space and place Dais have occupied in their communities for years. It addressed not just the technical aspects of MNCH, particularly related to pregnancy and child birth, but also the social issues that impact the health and well being of mothers and their children. It built on the decades of practical experiences the selected Dais had and increased their effectiveness by helping them to improve their skills and develop new skills to provide basic pre and post natal care and safer home delivery, recognize danger signs of pregnancy complications and the importance of getting urgent and appropriate medical care for such cases, make referrals to the appropriate government health centers, understand the importance of hygiene and nutrition , challenge gender discriminations and harmful traditions and practices that have negative consequences on mothers and children.

A pivotal and innovative part of the effort are the Daighors --- centers, run by a management committee of 5 senior, skilled Dais as focal points for the Dais' operational and advisory activities. Each Daighor served 3 to 5 villages and was managed by 2 Dais at a time on a rotational basis from the five Dais..

The Daighors are open from dawn to late afternoon every day of the week. They provided basic pre and post natal care and nutritional advice to women of reproductive age, pregnant women and children U5. They also offered the space for government health officials to carry out the EPI (Expanded Programme on Immunization) sessions.

In terms of the use and effectiveness of the Daighors, the initiative demonstrated investment by the community for the success and sustainability of the Daighors as centres where women can receive care as well as get connected to the government health systems---the same systems which as individuals the majority of the women in the project villages would not have had the confidence and the trust to seek out.

During the period January 2012 – June 2015, the trained Dais attended to 4,741 home deliveries (out of 5,943 pregnant women). All deliveries were at the women's homes. The Dais were able to identify 1,501 problem pregnancies (32%), convince the women and their families on the importance of seeking medical help and refer them to government hospitals for institutional care. 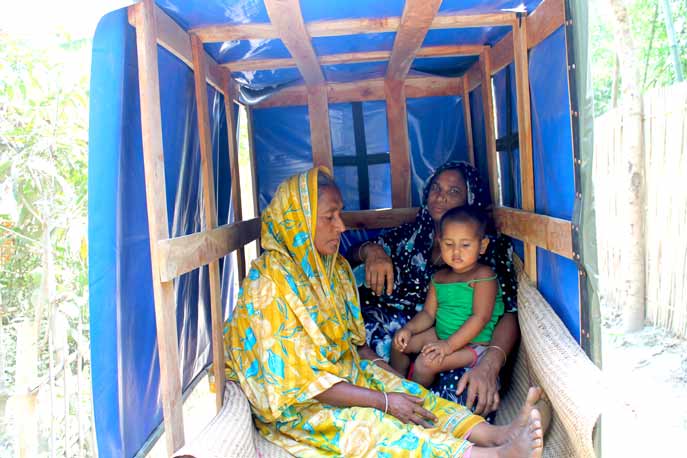 The tricycle and boat ambulances were used by 13% of the pregnant women referred by the Dais to government institutions at the upazilla and district levels while 5 percent used other modes of transportation. The main reason for the low usage of the ambulances was that the union and upazilla level health institutions which are closer to the villages are ill equipped to handle high risk deliveries. These were handled at the district level--a distance too far for non-motorized modes of transportation.

The effectiveness of the community awareness sessions which included monthly mothers' meeting, men's meeting and community meeting is evident in the number of villagers who can now recognize some of the danger signs of pregnancy and the type of food pregnant women need to consume for a healthy pregnancy and a healthy baby. Lack of basic health awareness is one of the major factors contributing to illnesses and even deaths. On the other hand, positive behaviour changes and increased awareness ( in this case on MNCH) are significant contributors to the sustainability of results. It is therefore empowering to villagers living in the project villages to have 83 percent of the mothers now able to recognize at least two of the known danger signs during pregnancy. A similar percentage of mothers and fathers are also now able to report at least 2 types of healthy foods that should be part of the diet of a pregnant woman and lactating mother. 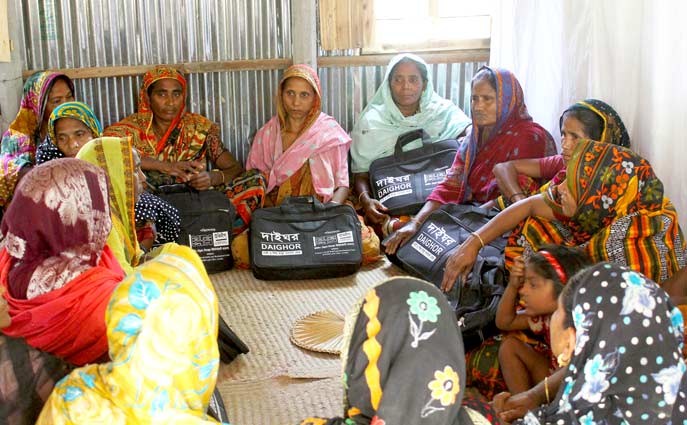 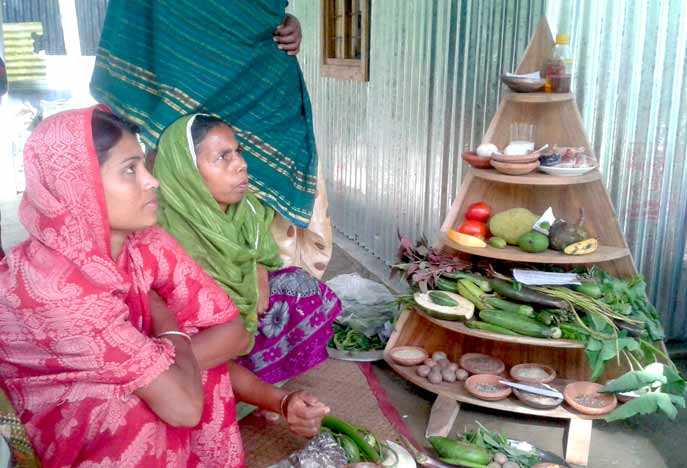 Similarly, the initiative registered impressive results in the level of community awareness of gender and women's health. 48 percent of the male community leaders could identify two gender issues that impact women's reproductive health and 62 percent of the women and men who attended gender awareness sessions showed a very good understanding of gender and MNCH.