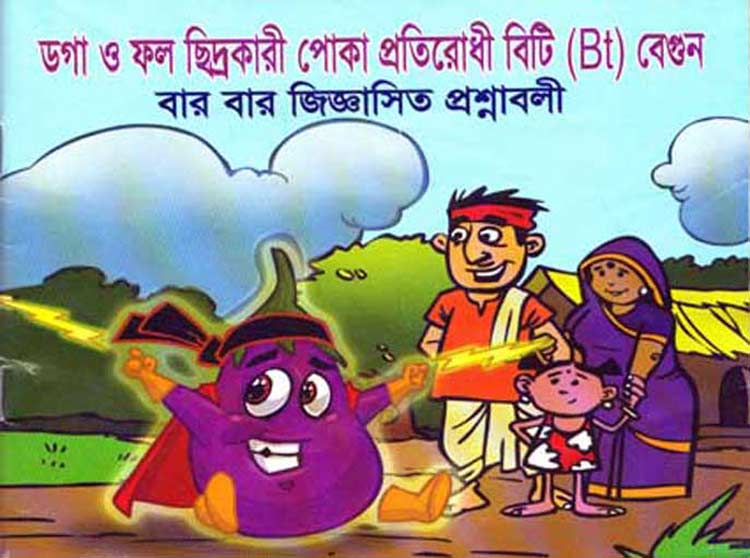 Finance Minister Abul Maal Abdul Muhith made a Power Point presentation of the National Budget for 2010-11 fiscal year in the parliament on June 10, to spend Tk 1,32,170 crore or US$ 19 billion, with a target of 6.7 % GDP growth as against 5.5 percent for the current year. The proposed Budget will have a deficit Tk. 39,323 crore or 5% of proposed GDP. The prevailing mainstream responses to the budget miserably reflect the poverty of thought on macro-economic policy and the role of such yearly financial tool to set a dynamic direction for the economy to recover from the assault of neo-liberal economic policies. Only substantive critique so far one could hear even from prestigious think tanks is that the budget is big and ambitious, but that's not a problem; the hindrance lies only in implementation. One does not need giants to to listen for such words of wisdom; even a small and simple budget can face serous problem of implementation. Such comments signals the poverty of our mainstream macro-economic thinking. Here we are making some introductory remarks in order to come back on issues that are directly linked to our activities, e.g., health, agriculture, environment and ecology and the way to make the paradigm shift from neo-liberal economic disasters to a workable mixed market economy that can ensure a place for Bangladesh in the global division of labour.

This is the second budget under the Awami League-led coalition government elected in December, 2008 and the 11th of the Awami League government and since liberation, the 39th national budget. The presentation of the budget was done through power point, for the first time in the country. However, the BNP-led opposition was absent in the budget session of the parliament and in the absence of any competent person in the party Begum Khaleda Zia presented a 'shadow budget'.

In his budget speech, the 78-year old Finance Minister, Abul Maal Abdul Muhith, became tired at one point and sought permission of the speaker to sit down and speak. For Muhith, the budget dwells mostly on past initiatives and wants to carry on past agenda, because the total budget implementation in the 9-months of the outgoing financial year till March, (2010) has been only 53%. So there is little room for new things.

The budget aims to secure almost 70 percent of the outlay from domestic revenues. The budget proposal targets around Tk 92,850 crore -11.9 percent of the GDP -in revenue earnings. Of the amount, the National Board of Revenue (NBR) is to earn Tk. 72,590 crore, tax sources outside NBR are projected to contribute Tk. 38,520 crore, and Tk.16,805 crore is targeted from non-tax earnings.

There has been substantial change in the government's plan for revenue collection with the income tax and corporate tax structures remaining mostly unchanged and making up for just about 70 percent of outlay. The finance minister mentioned about widening the tax net without changing the rates. Domestic borrowing, mostly from banks and foreign finance, are expected each to contribute about 12 percent of the outlay while the remaining 6 percent will be financed through government bonds.

As for taxes, there appears a progressive bias towards taxing the richer people as prices of many consumer goods and luxury items, particularly cars, cigarettes, imported refrigerators and freezers will become pricier.

The Education sector with an allocation of Tk. 17,959 crore or 13.5%, received top priority, almost double that of any other sector.

Power and energy sectors will receive Tk 6,115 crore, i.e. 4.6% in direct government spending. The allocation will mostly be spent on buying power from rental power plants.

The budget proposed an allocation of Tk. 10,695 crore for the defence sector, i.e. 6.1%. The Finance Minister emphasised on Defence policy to be finalised soon. However, the budget allocation aims to use for major purchases specially for the Bangladeshi contingents on UN peacekeeping missions.

Health sector got Tk. 8,129 crore, i.e. 6.0% for the Health and family planning services and will mostly be spent for construction of health infrastructure and for salaries of health workers. There is a plan for employing one healthcare advisor for each of 13,500 community clinics and 46,000 health workers under the National Nutrition Program.

The budget proposed an allocation of Tk. 7,492 crore, i.e. 5.4% for Agriculture sector downsizing the subsidy in fertilizers and other agricultural programmes. The schemes have been taken to grow hybrid paddy on 12 lakh hectares of land and to grow saliity resistant BR - 47 rice on half of the salinity affected 10 lakh hectares in the coastal areas. The Minister announced an initiative to introduce an 'Agriculture Insurance' scheme to provide small and medium farmers with crop price support in the event of crop failure due to natural disasters.

Taxes on commodities: up and down

Taxes for motor vehicles between 1000cc and 1500cc and microbuses below 1800cc will also increase.

With tobacco, the government has for the first time imposed 10% tariff on export of raw tobacco. The National Board of Revenue said, it has been done to discourage cultivation of tobacco on agricultural land, as it has adversely affected farmlands and has become a threat to food security.