Planting 600,000 Saplings of Mangrove in Chakaria Sunderbans on the Eastern Bank of Moheshkhali Channel 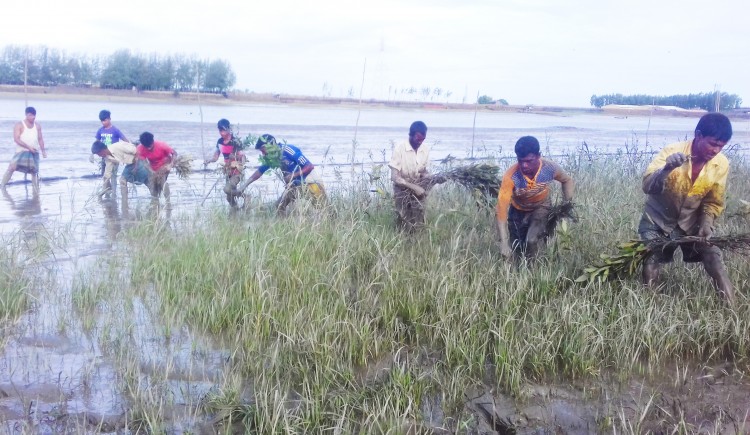 were planted on more than two kilometers area extending from Badarkhali bridge to Lambakhali, the newly accreted charland since 3 September, 2019. These included 4 lakhs saplings of bain (66.66 percent) and 2 lakhs saplings (33.33 percent) of keora. Twenty six Local skilled workers worked on 3–5 September, 2019 for planting the saplings in the Chakaria Sundarbans on the eastern bank of Moheshkhali channel.. 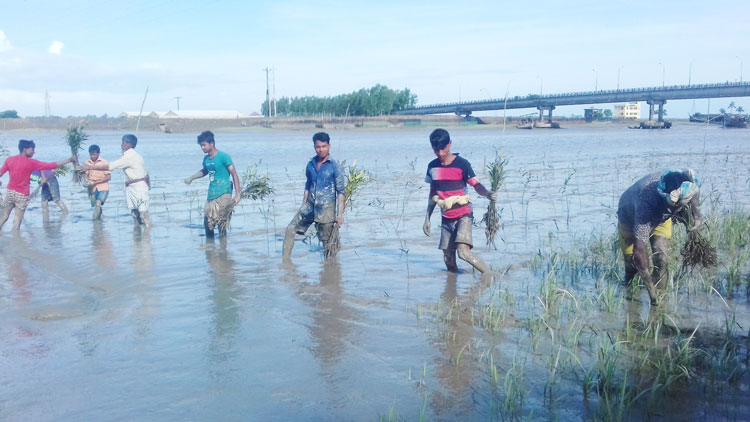 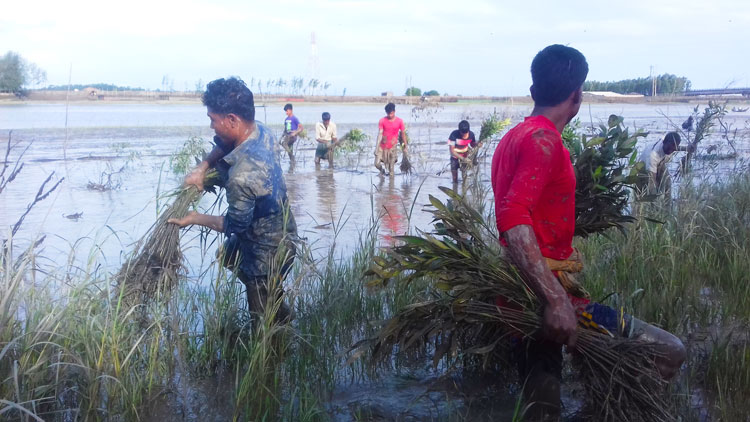 Keora and bain saplings are being planted in lines

The importance of mangrove plantation was revealed in course of discussions with the local people. There is profuse growth of Ulu grass (Imperata cylindrica) as under growth in mangrove vegetation. This grass is a good source of fodder for cows and goats. Cows and goats grow robust after feeding this grass for a few months. Many birds, crabs and fishes abound in the mangrove. In the rainy season many marine and estuarine fishes come to the mangrove for spawning. Varieties of prawns are available in the mangrove in the rainy season. 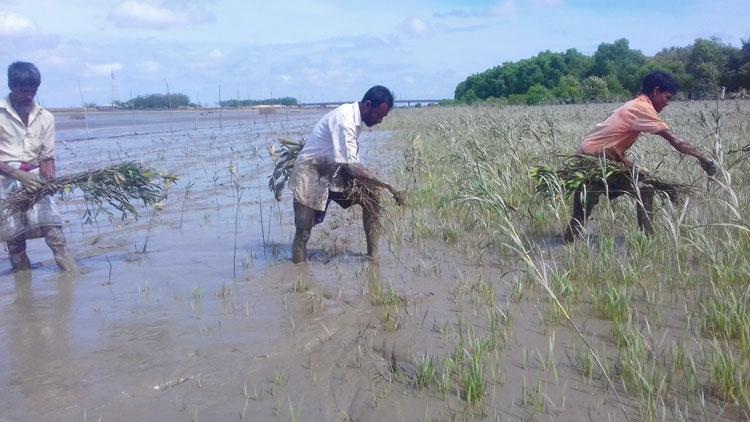 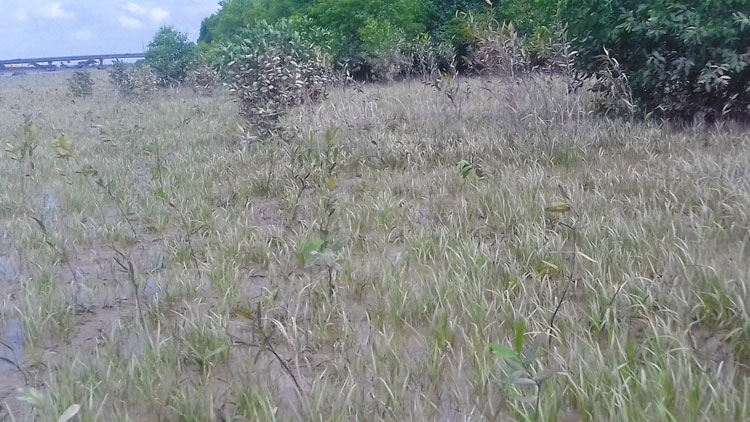 Keora and bain saplings are planted in the newly accreted charland

Among the two varieties, more seedlings of Bain are seen than Keora. Bain tree is relatively stronger than Keora. The Bain tree is so strong that a big man can climb a tree. It does not break. On the other hand Keora tree, branches and leaves are very soft. So they break easily. The leaves of Keora are eaten by cows and goats. They, in fact, love the leaves of keora. As a result, the number of Keora tree reduces in the mangrove.

Farmers were happy that the planting saplings of keora and bain this year was done right in time. Still there is two and a half months time to start the blowing of winter wind. In the mean time the saplings will grow luxuriantly. Expert community opinion is that about 60-70 percent of the saplings will survive and be established properly. It was experienced in previous year that the survival rate was less than 50 percent mainly because of late planting. This is because the intensity of high tide reduces with the onset of winter wind and the soil becomes hard. Many saplings die due to hardness of soil. The leaves of big trees also fall in this time.

It was observed at the time of working in the mangrove plantation that there was no erosion of land on the east bank of the Moheshkhali channel near the mangrove at Badarkhali because of the presence of mangrove. On the other hand on the west bank of Moheshkhali channel there was heavy erosion of land. There has been slow accumulation of sand at Badarkhali point because of the presence of the mangrove vegetation. On the other side the slope of the river is steep and high. 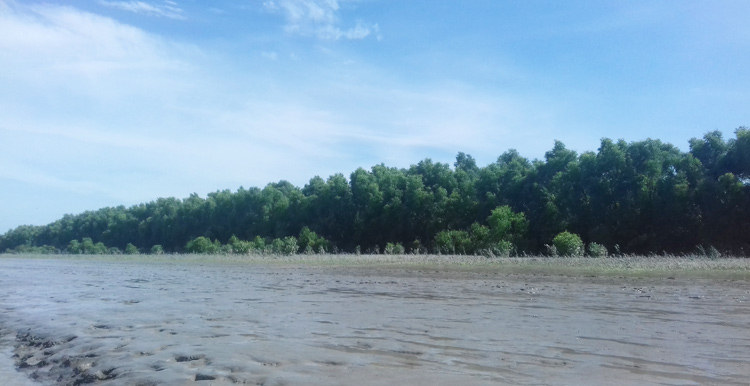 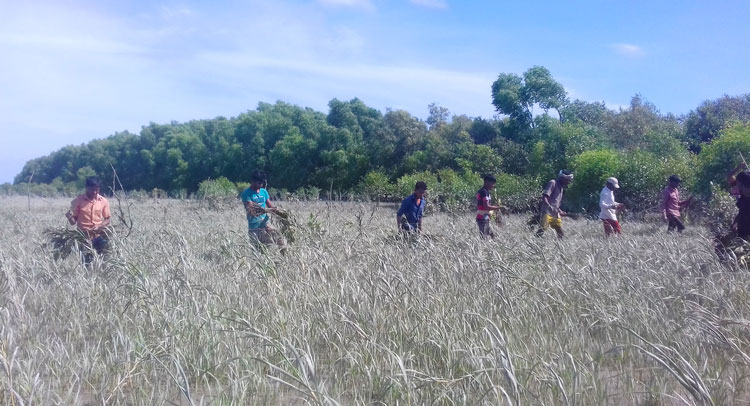