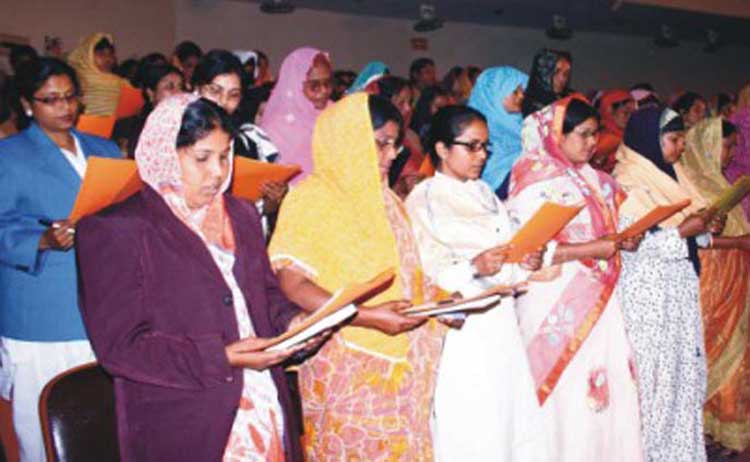 Bangladesh is placed on Tier 2 Watch List, according to the 9th Trafficking in Persons Report (TIP) 2009 published by the Department of State of the United Stated of America. Every year the Department of State is required by law to submit to the U.S. Congress a report on foreign governments’ efforts to eliminate "severe forms of trafficking in persons". The United States’ Trafficking Victims Protection Act of 2000 (TVPA), amended in December 2008, guides efforts to combat human trafficking. The purpose of the law is to punish traffickers, protect victims, and prevent trafficking from occurring. On the basis of this, the US State Department places each country around the world in the TIP Report onto one of the three tier lists as mandated by the TVPA.

The ninth TIP, 2009 placed 17 countries in Tier 3, compared to 15 countries in TIP 2008. Countries like Chad, Malaysia and Niger which were placed in Tier 2 Watch list in TIP 2008, now moved to Tier 3. On the other hand, Algeria, Moldova, Oman and Qatar were in Tier 3 in TIP 2008, but now moved to Tier 2 Watch List and Tier 2. That is, these countries have shown significant improvement in compliance according to the minimum standards set by TVPA. This upward and downward tiering goes on in each TIP and some countries may remain in the same tier for years.

Countries, which have moved from Tier 2 to Tier 2 Watch List, such as Angola, Bangladesh, Belize and few others, have shown weak performance in compliance. About 52 countries are placed in Tier 2 Watch list of 2009, as compared to 41 countries in TIP 2008. The governments of these countries, according to TIP 2009 report, do not fully comply with the TVPA’s minimum standards, but are making significant efforts to bring themselves into compliance with those standards during the period of April 2008 through March 2009.

Clearly the placing of a country under Tier 2 Watch List is a "warning" before it is placed under Tier 3. There are penalties for Tier 3 countries. Pursuant to the TVPA, governments of countries on Tier 3 may be subject to certain sanctions. The U.S. Government may withhold non-humanitarian, non-trade-related foreign assistance. These countries may not receive funding for government employees’ participation in educational and cultural exchange programs. Consistent with the TVPA, governments subject to sanctions would also face U.S. opposition to assistance (except for humanitarian, trade-related, and certain development related assistance) from international financial institutions such as the International Monetary Fund (IMF) and the World Bank.

The TIP 2009 is also very significant in its focus connecting global financial crisis and increased specter of increased human trafficking around the world. According to the report, the global financial crisis is resulting in two concurrent trends, (i). a shrinking global demand for labor and (ii). a growing supply of workers willing to take ever greater risks for economic opportunities—seem a recipe for increased forced labor cases of migrant workers and women in prostitution.

The placing of Bangladesh in Tier 2 Watch list means that Bangladesh does not fully comply with the minimum standards for the elimination of trafficking; however, it is making significant efforts to do so. According to the report, despite significant efforts, including some progress in addressing sex trafficking, the government did not demonstrate sufficient progress in criminally prosecuting and convicting labor trafficking offenders, particularly those responsible for the recruitment of Bangladeshi workers for the purpose of labor trafficking. It is apprehended in the report that the practice of allowing labor recruiters to charge outbound migrants up to $1,235, the equivalent of ten months’ salary in some Gulf state destinations, may contribute to forced labor and debt bondage, as the ILO has concluded that such high recruitment costs increase workers’ vulnerability to forced labor.

The report says that "A significant share of Bangladesh’s trafficking victims are men recruited for work overseas with fraudulent employment offers who are subsequently exploited under conditions of forced labor or debt bondage. Children – both boys and girls – are trafficked within Bangladesh for commercial sexual exploitation, bonded labor, and forced labor". The recommendations made by the report are to integrate anti-labor trafficking objectives into national anti-trafficking policies and programs; significantly increase criminal prosecutions and punishments for all forms of labor trafficking, including those involving fraudulent labor recruitment and forced child labor; continue to investigate and prosecute government officials who may be suspected of complicity in trafficking; greatly improve oversight of Bangladesh’s 700 international recruiting agencies to ensure they are not promoting practices that contribute to labor trafficking; and provide protection services for adult male trafficking victims and victims of forced labor".

As an immediate reaction, the government has rejected the report by saying that the report may cause threat to the overseas work. According to official calculations there are about 7 million (unofficially 10 million) overseas workers and they are sending remittances worth Tk. 90 billion every year. They alleged that the US department did not seek any information regarding recruitment of overseas workers from the Ministry of Expatriates and Overseas Employment (Jugantar, 27 June, 2010). 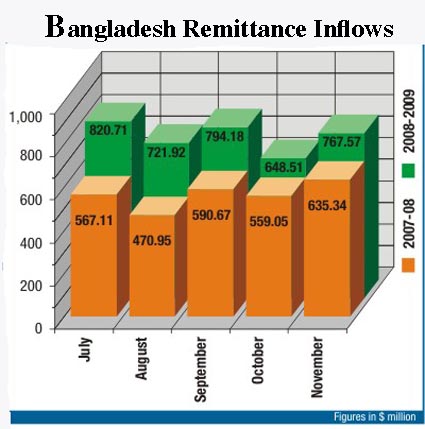 On the other hand, the NGOs working on Anti-Trafficking issues complained that the government lacked genuine political commitment to stop internal and external trafficking of persons. According to a report published by New Age (27 June, 2010) Bangladesh Women Lawyers Association said that the victims do not lodge complaints with the authorities as they know it will be an exercise of futility. The government was monitoring 360 cases of trafficking women and children till May at the police headquarters. Of them 287 cases were settled. As many as 252 persons were found involved and thus convicted 145 out of 287 cases.

According to Centre for Women and Children Studies, internal and external trafficking of women has emerged as a menace as women and girls are taken to local hotels and brothels due to lack of enforcement of the concerned laws. Children, girls, women and men are trafficked for bonded labour or prostitution and are violated and tortured both physically and mentally at almost every stage of trafficking.

The Ministry of Home Affairs, which organises regular bi-monthly meeting on Anti-Trafficking activities with Inter-Ministerial members and with NGOs (local and International) did not give any response to the report. However, they have prepared the Country report for 2009 on Trafficking in women and Children with the support and information from relevant government departments and NGOs. The question is then why this placing on Tier 2 Watch list, which creates panic of Sanctions and also makes the country vulnerable for overseas workers. To help the victims of fraudulence in overseas employment is not the Sanctions, but proper mechanism at the ministry, diplomatic missions of Bangladesh, strengthening human rights and workers rights organisations for monitoring of the issues both at national and international level.