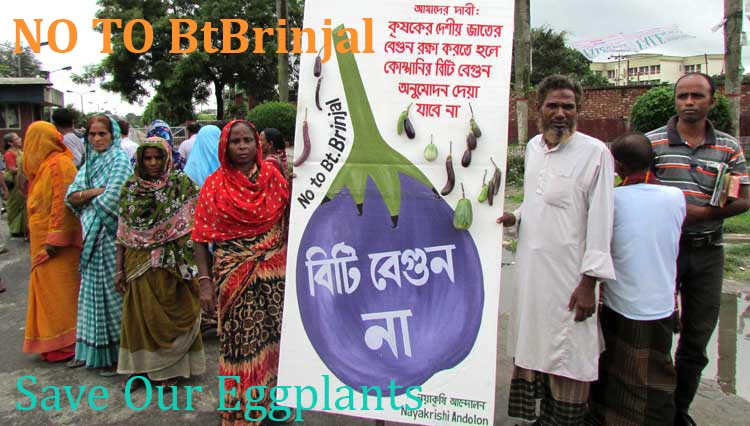 Inspired by Nawal in Egypt

This year (2011), on the occasion of the International Women’s Day, perhaps the most interesting thing to discuss is the uprising in the Arab world particularly in Egypt and Tunisia. It was really inspiring to see the young generation active in the movement and not giving up till they have achieved their goal. In Cairo, there were hundreds of thousands of men and women in Tahrir Square. Some of my feminist friends, living in other countries, raised issue of the visibility of women in Tahrir square compared to men. I am afraid that this perspective may undermine the participation and the leadership role of women in such a massive popular protest against dictatorship and the socio-economic consequences of the neo-liberal economic policies that have been aggressively pursued for the last few decades. Undoubtedly women are not keeping quiet, nor are their perspectives lost.

Nawal El Saadawi, the renowned Egyptian psychiatrist, scholar, novelist, feminist and activist -has been active for change for more than 50 years. She is now 80 years old, and has lived in exile off and on for the past 15 years, teaching at Duke University and Spelman College. For the past year, she's been back at home in Egypt, writing and organizing young activists. Nawal was an outspoken opponent of female genital mutilation (FGM), she was fired from her position as Egypt's director of health education in 1972. When President Anwar Sadat threw her in prison for her activism in 1981, she penned her memoirs on a roll of toilet paper. She was held at Qanatir Women's Prison. Her incarceration formed the basis for her memoir, Mozakerati fi signel nissa/Memoirs from the Women's Prison (1983). Her contact with a prisoner at Qanatir served as inspiration for an earlier work, a novel titled Emra'a enda noktat el sifr. Her other important works include A Woman at Point Zero, The Hidden Face of Eve, God Dies by the Nile, The Circling Song, Searching, and The Fall of the Imam.

Nawal also visited Bangladesh at the invitation of UBINIG and Feminist International Network against Genetic and Reproductive Engineering (FINRRAGE) in 1993 just a year before the International Conference on Population and Development (ICPD) held in Cairo in 1994. My personal introduction to Nawal happened in 1985 in Nairobi at the World Women’s Conference when I was just a new comer to the international feminist movement. 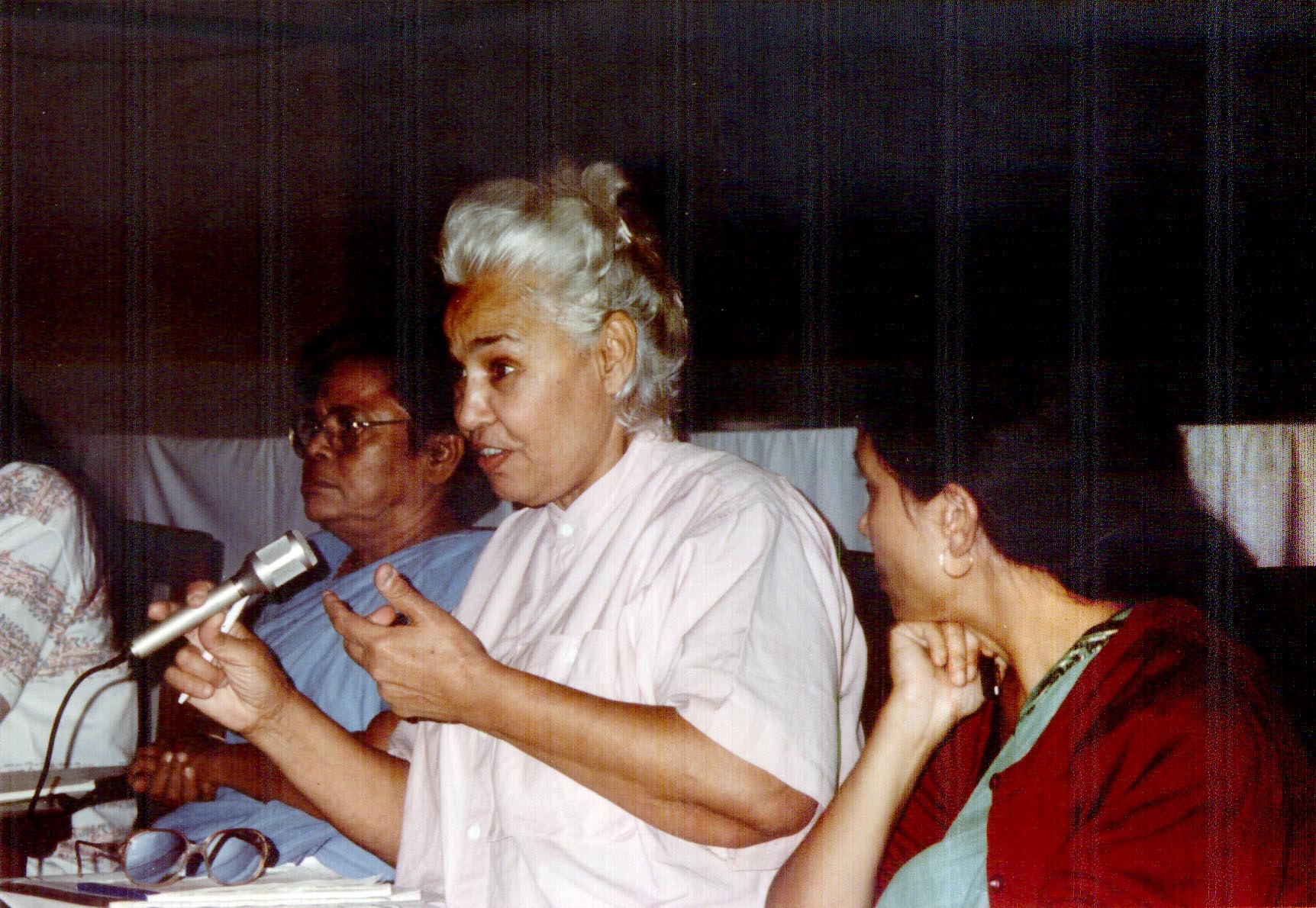 During the 18 days of uprising at Tahrir square I was searching for information on women’s involvement. I found two interesting interviews of Nawal el Sadaawi on the issue of the uprising in Egypt. She was interviewed by Root and also by Amy Goodman, the host and executive producer of Democracy Now!, a national, daily, independent, award-winning news program airing on over 900 television and radio stations in North America.

In her interview by Rebecca Walker of the Root on 11 February, she described the situation at Tehrir Square. She said, “The square is full. There is no more room in the square, and so we have decided that we will be everywhere. Egyptians will be in every square, on every street, at the Presidential Palace and at the national television station. We will be in every place. This revolution has unified us. We are not men and women, Christian and Muslim, professional and nonprofessional; we are all Egyptians, and we will not let Egypt burn”.

As there were hundreds of thousands of men and women staying day and night in one place with different kinds of leadership or no singular leadership, question was raised to her whether extremist group such as Muslim Brotherhood was a concern to her. She replied: “Men and women protested in the square and died in the square together. There was not one single harassment of a woman in the square. And there are covered women, secular women, all women from every background. No, it was not the Muslim Brotherhood who hurt women, it was Mubarak's people who entered the square and killed. All of this talk about the Brotherhood is an attempt to use religion to divide the people. ”

Being an activist for women’s rights and equality, she was asked how were these issues playing out in the revolution and what was the role of women on the ground?

Amy Goodman contacted Nawal el Sadaawi on the sixth day in the Tahrir square. Nawal was in full spirit. She said, ‘We are in the streets every day, people, children, old people, including myself. I am now 80 years of age, suffering of this regime for half a century. And you remember, Mubarak is the continuation of Sadat. And both Sadat and Mubarak, you know, their regime worked against the people, men and women. And they created this gap between the poor and rich. They brought the so-called business class to govern us. Egypt became an American colony. And we are dominated by the U.S. and Israel. And 80 million people, men and women, have no say in the country’.

‘And you see today that people in the streets for six days, and they told Mubarak to go. He should have gone, if he respects the will of the people. That’s democracy. Because what’s democracy? It’s to respect the will of the people. The people govern themselves. So, really, we are happy. …. you know, when I stay at home and listen to the media, I feel, "What’s going to happen?" But when I go to the streets, to Midan Tahrir, and see the people, the young people, the old people, the men, I feel secure, and I believe that the revolution succeeded. So, they are trying to abort the power outside and inside. But we will win.’

Yet, she was still asked by Amy Goodman, "Is this going to be like the Iranian Revolution?" not talking about throwing out the dictator so much, but a fundamentalist revolution. Your response? Nawal?

She said, they are frightening us by the Ikhwan Muslimin, and that if Mubarak—they tried for years to tell us that "Who protects us from the fundamentalists, like Khomeini and Iraq? It’s Mubarak." You know, and this is not true. This revolution, the young people who started the revolution and who are continuing to protect it, they are not political, ordinary young men and women. They don’t belong to the right or the left, or Muslim. There was not a single Islamic religious slogan in the streets. Not one. They were shouting for justice, equality, freedom, and that Mubarak and his regime should go, and we need to change the system and bring people who are honest. Egypt is living in corruption, false elections, oppression of women, of young people, unemployment. So the revolution came, it was too late. This revolution is too late, but anyway, it came.

Nawal was happy because women and girls are beside men and boys in the streets. ‘They are—and we are calling for justice, freedom and equality, and real democracy and a new constitution, no discrimination between men and women, no discrimination between Muslims and Christians, to change the system, to change the people who are governing us, the system and the people, and to have a real democracy. That’s what women are saying and what men are saying.’

I felt more inspired by Nawal and pondered what to learn from the Egypt for a dominantly Islamic country like Bangladesh. In Egypt, people are demanding not only to remove the dictator, but also for democratic reform of the state by rewriting their constitution. People’s revolutionary spirit is sweeping not only the Arab world, but protests of the youths, women and working class are also been seen in Europe and USA. The movement is not directed only against the government but reclaiming the sovereignty of the people by rewriting the constitutions. I wonder, are we heading towards the final collapse of neo-liberal economic globalization that has benefitted corporations and local thugs everywhere? Bangladesh is no exception. Has the time arrived to reconstitute peoples’ power and install a state that can indeed protect democratic and fundamental human rights of the citizen and create conditions to fight against caste, class and gender oppression. It is still too early to predict, but the fire has already been lit.

We are bitterly learning that election is not at all the guarantee for democracy, human rights and socio-economic justice. Electing a government does not guarantee that they will work for the people. Our constitution has been messed up to such a point that we do not know which one is the basis for the State. After printing of the Constitution, as directed by the Supreme Court, people at the helm of the government is debating which is draft and which is final. Where could we locate the constitutional and legal basis of the Bangladesh State? This is a bizarre situation. So, indeed, we have a task to reclaim peoples’ sovereignty and rewrite our constitution embodying the will and aspiration of the masses.

Unlike Egypt or elsewhere, we are still divided and fragmented and far away from the spirit of Tahrir square that could raise the unifying slogan that ‘Egypt is for the Egyptian”. The success of this strategic slogan is to resist the imperial ploy to divide the society between secularists and the Islamist or by drawing various divisive lines. Dictators and anti-people regimes are always benefitted if people remain divided and loss focus of the immediate political task. Nevertheless, it is difficult in Bangladesh given the use of religion in our 1971 liberation war. However, it is not only the religion but the patriarchal political structure, women in Bangladesh could not achieve much in providing a direction to popular democratic struggle, despite women’s active role in the liberation war and also against autocratic rule in different phase of our country’s history.

We must learn our ways from the popular revolt across the Arab world and develop our ability to exercise an inclusive politics. The slogan ‘Egypt is for Egyptian’ is inclusive in the sense that the phrase retains an element of exclusion in a concrete political sense. Mubarak and the thugs who plundered the economy are not included, the regime had to go. The slogan also symbolizes to galvanize maximum mobilization of the people to reclaim popular sovereignty against the imperial domination and the plundering of the country by few Corporations supported by international financial institutions. Pluralism is celebrated for a popular uprising, not as an ideological façade to ensure the rule of the elite, but as a genuine process to bring people closer and together to achieve the immediate political task.

As women, we can also learn that dividing women from the men, in a narrow biological sense could also backfire and fail to serve our struggle against patriarchy. Women should be strategic and realize that while there are specific women’s concern, and need to form our own union and mobilization, we are not separate from the people or the masses; obviously we should not allow us to be separated from the people in our common struggle against neo-liberal policies and consequences. The present Bangladesh State is a product of these policies in action for the last few decades. It is time to change it now.