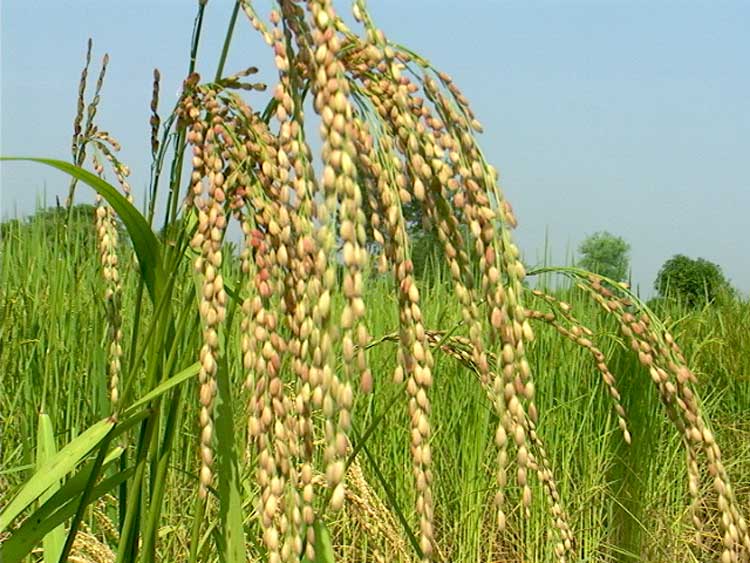 High yielding varieties (HYV) of rice from the International Rice Research Institute (IRRI) were introduced in Bangladesh in mid sixties of twentieth century. Hybrid rice was introduced in late nineties. Other major crops also followed the same trend of modernization. Rapid loss of local varieties and indigenous knowledge of the farmers as well as the erosion of the ecosystem that maintains them, both are the costs paid for such violent intervention. The corporate seeds were accompanied by power tiller, tractor,irrigation from extraction of ground water, chemical fertilizer, pesticides and herbicides. In order to acquiring all these costly inputs the farmers are compelled to borrow credits from banks, microcredit based NGOs, money lenders and other sources. The hazards and ill effects of green revolution are more or less acknowledged in the mainstream although any meaningful and effective policy to correct the trend has hardly been undertaken. Instead, we are facing so called ‘second green revolution’ in the form of genetic manipulation of biological basis of life.

In the market based economy the small and marginal farmers are exploited by the middlemen, brokers, hoarders, wholesalers and the syndicates. Sometimes the market is inundated with imported items. Scarcity for availability of laborer is increasing day by day especially at the time of harvest of crops. Sometimes potato, tomato, onion, garlic, jute, etc are left un-harvested in the field. This is because the market price of the produce is less than that of the labor cost of harvest. The cost of production is higher than that of the market price of the produce. Thus, the farmer in most cases run at a loss and become indebted.

Some seed companies supply vulnerable varieties of seeds and the farmers suffer from loss of crop. In recent years the farmers at Godagari, Rajshahi suffered loss of hybrid tomato crop due to disease on seed supplied by Syngenta in 2011. In 2012, there was loss of crop in hybrid rice, Jhalak in different districts from seed supplied by Energy Pack. Farmers at Agoiljhara, Barisal district faced with loss of hybrid rice, Jamaibabu-12, due to neck blast disease (Jugantor,19 April 2012).

Bio-geographical and the ecological character of Bangladesh by nature is potential for agriculture and agro-ecology is the basic foundation of the economy. Nevertheless, at the same time the country is prone to natural calamities like flood, cyclone, drought, fog, etc. The indigenous varieties of crops and other life forms are adapted to the dynamic agro-ecological conditions. Against the backdrop of the so called Green Revolution fall out, the Nayakrishi farmers have been striving for practicing ecological agriculture and maintaining biological diversity, environment, soil and other resources, keeping away from the nexus of credit dilemma . More than three hundred thousand farm house hold in nineteen districts of Bangladesh are now practicing Nayakrishi.

The performance of Nayakrishi(ecological agriculture) has been evaluated by independent researchers and commented for its sustainability. Some of those links are given as follows:

1.Golam Rasul,Gopal B Thapa.2004.Sustainability of ecological and conventional agricultural system in Bangladesh: an assessment based on environment, economic and social perspectives, Agricultural Systems 79(2004):327-351,www.sciencedirect.com