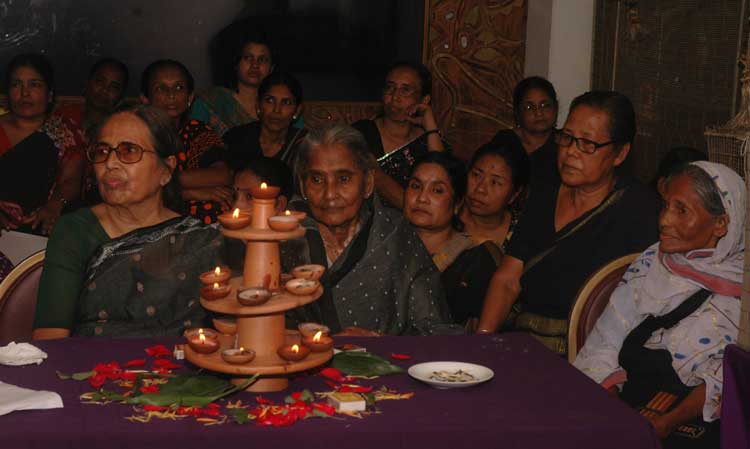 The International Women's Day on 8th March, 2010 is going to be very significant for the women's movement around the world, and particularly for the women in Bangladesh as it is the completion of 100 years of declaration of the International Women's Day. This Day has become very familiar to the Women's Movement as "Antorjatik Nari Dibosh" and is celebrated all over the country. Women's organizations in Bangladesh are preparing for celebrating the occasion with many events.

Now International Women's Day (IWD) is marked on March 8 every year in many countries of the world. It is a major day of global celebration for the economic, political and social achievements of women. However, it must not be forgotten that the idea of having an international women's day was first put forward at the turn of the 20th century amid rapid world industrialization and economic expansion that led to protests over poor working conditions and lack of rights for women workers.

In Bangladesh, the IWD is celebrated every year on 8th March with rallies and discussion sessions, cultural programmes etc. Women wear purple coloured clothes to mark the day. However, in Bangladesh, the middle class women's organizations took the lead in celebrating women's day. Narigrantha Prabartana since its inception in 1989 has been celebrating the day with the Readymade Garment workers, along with Garment workers organizations. The women workers do not get any day-off for celebrating the day, but now they are allowed to participate in the programmes organized by women's organizations. Narigrantha Prabartana also brings out the issues of rural women, particularly those of women farmers. It has organized South Asian Women Farmers Conference on the Occasion of 8th March, 2003 and a South Asia Conference on Women and Biodiversity on 8th March, 2007.

It may also be mentioned many grass root level NGOs working with rural women are organizing rallies on the occasion of 8th March every year.

The preparations towards the 100 years of International Women's Day Celebration have already started. A series of thematic meetings have been organized to be held every week upto the end of February, 2010. The Themes include: 1. Women workers issues, 2. Agriculture and Biodiversity, 3. Health, 4. Education, 5. Environment and Climate Change, 6. Women's Rights and Women's Struggles, 7. Violence against Women, 8. Employment, 9. Literature and Culture and 10. Technology.

The themes such as globalization will become cross-cutting issues in all themes.

These meetings are held with relevant persons in the women's movement to draw upon the issues of women's struggles, identifying the achievements and the constraints and to sort out the specific demands for discussion in the events on 8th March, 2010. Narigrantha Prabartana is organizing the thematic meetings.

The preparatory meetings are also held with the participation of women's organizations working at the grass roots level and at the district level. A National Organizing committee will be formed at a meeting to be held on 19th January, 2010 in Dhaka.

A National Advisory Committee will be formed with members of women's organizations.

100 YEARS QUILT MAKING:A quilt making programme will start from January, 2010. Women in different parts of the country have taken up the plan to make embroidered designs to express their feelings on women's rights on a piece of yard long cloth.

B. EVENTS for 8th March

The events for the celebration of Women's Struggles will be for three days from 6th March to 8th March.

Venue: Not yet finalised

Besides women from different parts of the country will be invited to bring handicrafts, food items, clothing and any other materials that have been collected over 100 years since 1910.

The 100 years QUILT will be exhibited in the front of the exhibition Hall.

Women from all over the country and from different organizations are invited to join in this event of Women in Black to celebrate as well as to raise our demands to achieve women's rights.

A woman in Black is an international event organized since 1991. Speaking through silence and stillness, the Women in Black Movement against War and Violence, a worldwide movement for peace, has been brought to various countries of Asia such as India, Nepal Philippines and Bangladesh. As a member of Asian Women's Human Rights Council (AWHRC) and the Secretariat of AWHRC (Bangladesh) Narigrantha Prabartana organized a Women in Black in 2003 in front of Parliament building protesting against Trafficking in Women. NGP also organises women in black on many occasions such as Bhopal day.

The Themes that have been discussed since January 2010 in the preparatory meetings will be presented and discussed to have a common Declaration of Women for 100 years and to be submitted to the Prime Minister, Government of Bangladesh on 8th March, 2010 and to relevant UN bodies. The Round table will be a Day long event divided into sessions to discuss the themes. Designated speakers and open discussions will help develop the Declaration of Women for 100 years.

A Tribunal of Women: Testimonies of Struggles

A Tribunal will be held with testimonies of women's struggles and to raise their issues that are still affecting their lives.

There will be testimonies of struggles that have been won and those that have yet to get any results. In both cases, the focus is more on the struggles rather than the outcome of it.

The struggles that are being chosen for the tribunal is diverse, from urban to rural, and from adivasis, farmers, midwives, workers, middle class working women, house wives, sex workers, etc.

A group of Women juries will be there to give statement after listening to the testimonies.

Posters, leaflets and pamphlets will be published on the occasion of celebration of 100 years of International Women's Day.

A book will be published on 100 years of women's struggle.

Journalists will be mobilized to publicize the events and to write about women's issues. Few preparatory meetings will be held with the journalists.

PRESS CONFERENCE: A Press Conference will be organised on 5th March, 2010 to declare the programmes and the expectations of the celebrations at the National Press Club, Dhaka