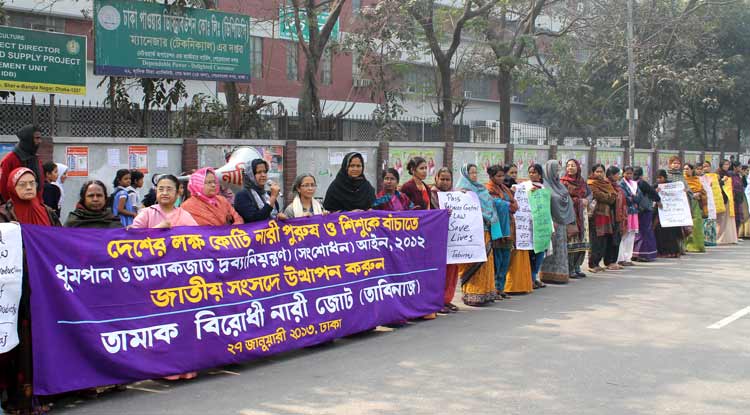 The World Health Organization (WHO) took the lead in 2003 to formulate a global treaty called the WHO Framework Convention on Tobacco Control (FCTC) is an evidence-based treaty that reaffirms the right of all people to the highest standard of health. It was the first treaty that was designed in developing a regulatory strategy to address addictive substance, such as tobacco and that asserted the importance demand reduction strategies as well as supply issues. The FCTC was unanimously adopted on 21 May 2003, at the 56th World Health Assembly, and was opened for signature, for a period of one year, from 16 June 2003 to 22 June 2003 at WHO headquarters in Geneva and thereafter at United Nations Headquarters in New York, from 30 June 2003 to 29 June 2004. The Treaty has 168 Signatory member states of the WHO.

The WHO FCTC has been in place for about a decade and has sparked great progress in tobacco control both domestically and internationally. However, implementation still presents considerable challenges in many countries of the world, specially the developing countries where tobacco industry has significant influence over the government and the Ministry of Health and Ministry of Finance in particular in countries like Bangladesh.

The member states of WHO created World No Tobacco Day (WNTD) in 1987 to observe the day around the world every year on May 31. It intends to encourage a 24-hour period of abstinence from all forms of tobacco consumption around the globe and to draw global attention to the widespread prevalence of tobacco use and to negative health effects, which currently lead to 5.4 million deaths worldwide annually. That is, the global action against tobacco has been there much before FCTC and at present WNTD plays a significant role in making FCTC known to the general public on this occasion and also helps in the implementation of the Tobacco control law.

Till these days, tobacco control movement at national and international level has mostly focused on men, as smokers. “No smoking campaign” was targeted towards men mostly although big tobacco cigarette manufacturers always wanted women to be the consumers of their products. They produced attractive cigarette packets with pictures of attractive film stars of the western countries. Cigarette was a sign of smartness for both men and women. Yet tobacco control movement never attracted women’s groups and did not have any women-focused activism under the leadership of women. 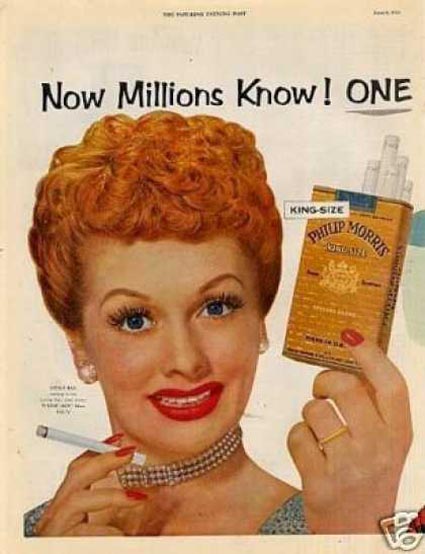 In 2010, the World Health Organization (WHO) selected "Gender and tobacco with an emphasis on marketing to women" as the theme for the World No Tobacco Day (May 31, 2010). The attention was drawn particularly to the harmful effects of tobacco marketing towards women and girls. According to the estimates of WHO (2010), women comprised about 20% of the world's more than 1 billion smokers. It was a concern that the epidemic of tobacco use among women was increasing in some countries. Women are a major target of opportunity for the tobacco industry, which needs to recruit new users to replace the nearly half of current users who will die prematurely from tobacco-related diseases. More than 1.5 million women die each year from the consequences of tobacco use. Without a clearly articulated gender focus in tobacco control policies, the yearly death toll among women will jump to 2.5 million by 2030. Of these avoidable deaths, 75 percent will occur in developing countries [ Gender Women, and The Tobacco Epidemic, WHO 2010 http://www.who.int/tobacco/publications/gender/women_tob_epidemic/en/index.html ] According to the WHO Global Tobacco Control Report (GTCR), while rates of smoking among boys are leveling off in many countries, rates of smoking among girls are increasing. 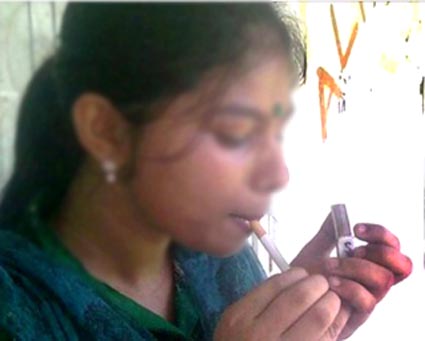 The FCTC Article 4 is about the guiding principles to achieve the objectives of the Convention and its protocols; the Article 4.2(d) refers to the need to take measures to address gender-specific risks when developing tobacco control strategies. The Article 4.2(d) is as follows:

In the WHO reports this gap is now being recognized. For example WHO in its 2007 report Gender and tobacco control: a policy brief, "Generic tobacco control measures may not be equally or similarly effective in respect to the two sexes…[A] gendered perspective must be included…It is therefore important that tobacco control policies recognize and take into account gender norms, differences and responses to tobacco in order to…reduce tobacco use and improve the health of men and women worldwide".

The major concerns for women are: 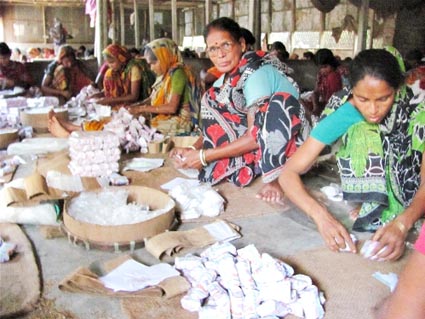 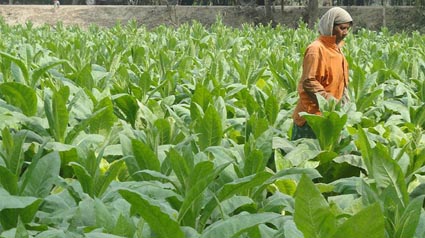 The FCTC Article 4.2(d) has not been fulfilled till COP6 that was held in Moscow during 13 – 18 October, 2014. In the COP6, one of the Policy Briefing of Framework Convention Alliance (FCA) was called “Women cannot be Left Behind” and recommended to develop an expert report on gender and tobacco control. The report should include measures to address gender-specific issues when developing tobacco control policies and strategies as well as the development and utilization of women’s leadership in tobacco control. The report would be considered at COP7 with the aim of strengthening gender specific implementation of the FCTC at global and country level.

While the tobacco control strategies failed to address gender issues, the tobacco industry was not keeping quiet. The industry has developed sophisticated gender-based strategies to entice more girls and women into a lifelong tobacco addiction. Therefore, there is urgency for policy makers to incorporate gender indicators and gender-specific reporting requirements in their policies and programmes to counteract the industry’s efforts and save women from tobacco related diseases.

At the Conference of Parties, the world leaders call for accelerated implementation of the FCTC. However, there is still a big gap in taking specific measures to deal with the specific needs and life circumstances of women and girls in different countries according to the different social, economic and cultural differences. There is a lack of policy guidance to effectively integrate gender-sensitive measures in national tobacco control policies and programmes.

At the COP6, it was recommended that an expert report on measures to address gender-specific issues to be presented at COP7. The expert report may also provide specific suggestions on how to build up and capitalize on women’s leadership in tobacco control. Women cannot be left behind when it comes to addressing the number one cause of preventable death – tobacco use.

So far, the proposed gender-specific strategies include

However, in the FCTC there are many other Articles that need to have gender-specific strategies. These are

Although women are very much affected by tobacco use and its production, the women’s organizations have hardly picked up tobacco control as an issue for their activism. Even those who are working on violence against women do not relate tobacco use as a cause. However, at the international level there is recognition to the need of the complex issues of tobacco use among women and girls particularly on health grounds. The International Network of Women Against Tobacco (INWAT) was founded in 1990 by women tobacco control leaders much before the Framework Convention on Tobacco Control (FCTC) by WHO (www.inwat.org). From its website it is known that INWAT provides contacts, primarily women, but increasingly to men, to individuals and organizations working in tobacco control; collects and distributes information regarding women and tobacco issues globally; shares strategies to counter tobacco advertising and promotion; supports the development of women-centered tobacco use prevention and cessation programs; and collaborates on the development of publications regarding women and tobacco issues. INWAT believes that if tobacco use and exposure can be prevented or stopped, women’s health can be vastly improved. An international network of women against tobacco is considered as greatest strengths in achieving improved health and greater equality. INWAT Europe was established in 1997-1999 with funding from Europe against Cancer.

At national level, there is not much information on women’s alliances or network on Tobacco control activities in different countries. Only in Bulgaria, there is an Association Women Against Tobacco-Bulgaria. But not much information is available about their work. In Bangladesh, after the alert by WHO in 2010 about targeting of women by the tobacco companies for marketing of tobacco products to women, an alliance was formed against tobacco by the initiative of Narigrantha Prabartana and UBINIG. UBINIG as a research organization was conducting an intensive research on tobacco cultivation and its impact on food production since 2006 and Narigrantha Prabartana had a good networking with women-led organizations all o0ver the country. So in 2010, on the occasion of observing the World No tobacco Day (May 31) an alliance of women's organization in about 54 districts of Bangladesh to engage in tobacco control activities and to protect women from the harmful effects of tobacco. The Bengali name for the alliance is Tamak Birodhi Nari Jote (TABINAJ). Its activities are being supported by Campaign for Tobacco Free Kids (CTFK), USA. It is working on various aspects of tobacco consumption, tobacco cultivation, production and use of smokeless tobacco products. It has been active in the law amendment to include smokeless tobacco products in the definition of tobacco in the national law formulated in 2005. Now we are very active in law implementation issues, creating awareness and organizing women's groups as champions of Tobacco control. The secretariat of TABINAJ is in the Women's Resource centre called Narigrantha Prabartana narigrantha@gmail.com.

In Bangladesh, information about tobacco use by women is known through some surveys. According to Global Adult Tobacco Survey (2009),

According the updates by Campaign for Tobacco-Free Kids (April, 2014) 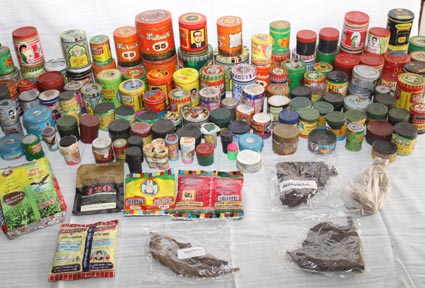 Tabinaj carries out action programmes as well as collects information to strengthen the network and be effective in their campaign. A country-wide investigation by the Anti-Tobacco Women’s Alliance (Tabinaj) identified 130 brands of jarda (chewing tobacco) and 12 brands of gul (powdered tobacco) produced in 35 districts. Jarda and gul are the major smokeless tobacco products. Other such products e.g. sadapata and koinee are not much prevalent and are not commercially marketed. Women are consuming these products without any social resistance, because these are common practice at home and public places. The inclusion of smokeless tobacco in the definition of tobacco in the amended law has been one of the primary works of Tabinaj advocacy.

Tabinaj also works on the issues of effects on women by tobacco cultivation and women as workers in bidi factories. Tabinaj is active in all those areas and continuously raising the concerns through meetings, human chains and campaigns.

Tobacco consumption and production is harmful for both men and women. It is time that women come forward and take leadership in tobacco control not only to protect women but also men and children.

Let women of the world unite against tobacco. 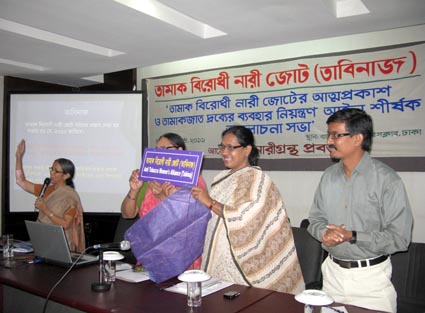 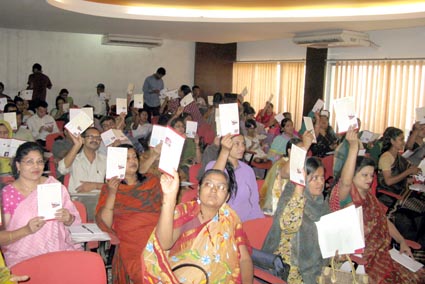