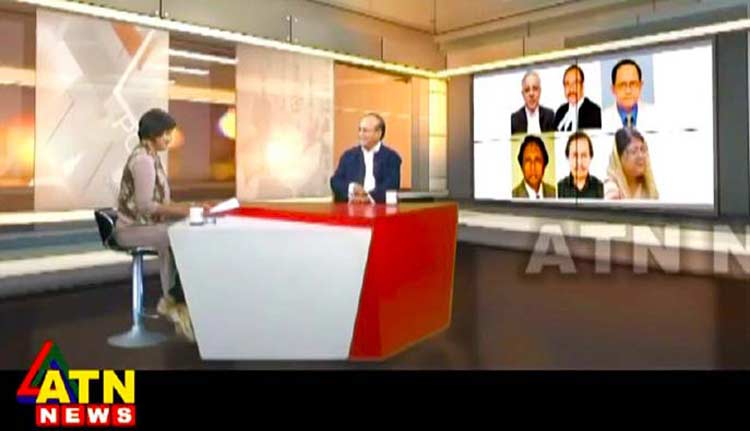 WHAT is the role of the ministry of environment and forestry in giving approval to a government project? I wanted to ask the very question to the minister directly in a TV show in which he featured recently. I couldn’t get through. So here I am asking the question for his kind attention.

The Newshour Extra Talk show of ATN News on the night of February 4, 2017 invited the honourable minister, Anwar Hossain Manju, ministry of environment and forestry. The talk show is featured sadharaner janya prashna (questions for the public) as ekai eksho (one is as good as hundred). The minister was taking questions from two journalists as well as from the viewers over phone. Munni Shaha conducted the show and started with the Sunderbans and Rampal debate. As an environment minister, his denial of the fact that Rampal coal-based power plant will cause destruction to the Sunderbans was amazing, a kind of a mockery of his portfolio. It raises question about what indeed he protects as ‘environment minister’. His denial was based neither on evidence nor meaningful argument that may open up genuine debate to contribute to rethink the issue critically. So, the whole programme was, as it appeared a staged show and managed only for the minister to air his own unsubstantiated views.

We heard the same old arguments of wind blowing in opposite direction for nine months from the power plant to the Sunderbans and mind it he has proof because he visited Rampal in this cold weather and even got cold infection. What about the three months when the wind will blow in the direction of the Sunderbans? One viewer asked the question whether he would resign as minister of environment, he said, not on Rampal issue. Most importantly he declared that after 50 years, maybe there will not be any the Sunderbans. That means he is not discarding the far reaching impact of the power plant, but then he will not be alive nor those participating in the show. But what will happen to the future generation, the children and grandchildren? Unfortunately, the minister is not even worried about his own grandchildren!

I am sorry that an environment minister of a country like Bangladesh can take such a relaxed and casual stand on a life and death question for its people. One of the slogans used by the movement against Rampal power plant, is ‘there are many alternatives ways to build power plant, but no alternative to the Sunderbans’. The minister failed to understand the meaning of such slogans, which should have been his job.

The minister was in happy mood, as in an adda, even though the issues discussed were very serious. I wanted to ask him a question, but couldn’t get through. So, I decided to ask him here about the role of the ministry of environment and forestry in giving approvals for the genetically modified crops developed by Bangladesh Agricultural Research Institute and Bangladesh Rice Research Institute. The National Committee on Biosafety in the environment ministry has given approval (with conditions!) to genetically modified auburgine, Bt brinjal, and to vitamin A fortified rice called Golden Rice. Another crop, late blight resistant Potato, (RB potato) is awaiting application to the NCB for commercial release.

The Minister mentioned in the talkshow that the ministry gives approval with conditions and if the conditions are violated then they take action.

Let’s take the case of Bt brinjal. BARI had applied for approval on July 14, 2013 to the ministry of agriculture for cultivation of Bt brinjal at farmers’ level. Accordingly the National Committee on Crop Biotechnology asked the National Bio-safety Core Committee under the ministry of environment on 20th October to provide report on Bt brinjal by 23 October, 2013, i.e. within three days whereas at least 90 days are required for reviewing the documents and to give opinion. The ministry of environment did not ask any question, instead the National Committee on Bio-safety gave approval on 30 October, 2013 for releasing four Bt brinjal varieties Bt brinjal 1 (Uttara), Bt brinjal 2 (Kajla), Bt brinjal 3 (Nayantara) and Bt brinjal 4 (Ishwardi 006) for field cultivation. A circular was issued by ministry of environment and forest (section 2) which accorded approval vide memo no 22.00.0000, 073.05.003 2012-271 with seven conditions. Of course, Mr Anwar Hossain Manju was not the environment minister at that time; it was Hasan Mahmud, the then environment minister of Awami League government. Mr Anwar Hossain Manju, the opposition Jatiya Party minister in the government, inherited the approvals given by the ministry and gave further approvals to more Bt Brinjal varieties, although most of the seven conditions were not complied with.

Out of seven conditions, condition 3 required formation of a field biosafety committee involving the concerned officer of the department of agriculture extension, concerned scientists of the BARI Regional station, district and divisional level officers of the ministry of environment to monitor biosafety measures. BARI is supposed to propose the formation of the committee to the NCB. There was no such information available about the proposed committee. It was only the agriculture extension officer who was looking after all aspects of production. In condition 4, there was need for offering training to the farmers in terms of biosafety protocol and producing Bt brinjal in proper environment. There was also need of providing a guideline to the farmers for cultivation of Bt brinjal. No such training was offered to the farmers.

According to condition 5 the applicant institution and the concerned ministry needed to take proper step on emergency basis in case there was any impact of Bt brinjal on account of environment and public health. The applicant institution would be responsible for any adverse impact on environment due to release of such technology. No such effort was seen on the ground. No report indicating safety status for human health was submitted before the release of Bt brinjal as asked by the High Court. A compiled toxicological test results on mammal research conducted in India in 2005, sponsored by Mahyco, the Indian partner of Monsanto, was presented by BARI as of June 2013. No health safety animal research on Bt brinjal till now has been done in Bangladesh.

One of the most important conditions of approval was labelling as given in Condition 6. The proponent institution was supposed to take effective measure for labelling of Bt brinjal at the time of marketing. It was observed in markets that Bt Brinjal was sold along with normal local variety brinjals without labels. In one market in Rangpur, a farmer was telling the customers that these were brinjal of the government, a sarkari begun. There was no label indicating that those were genetically modified brinjal. 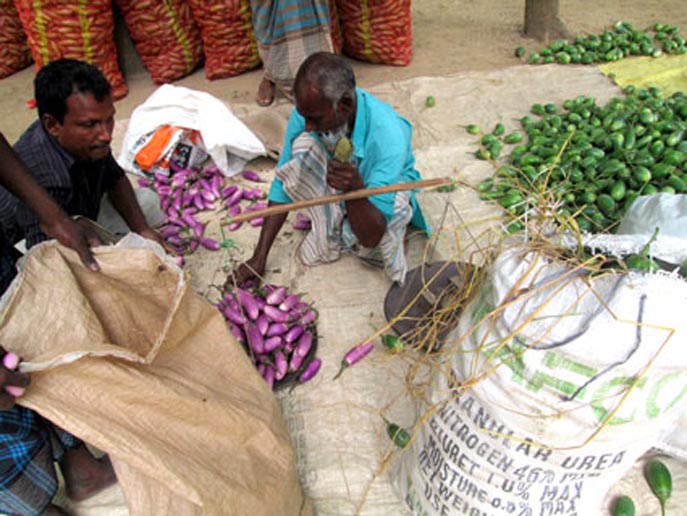 In terms of labelling of Bt brinjal the director general of BARI Dr Rafiqul Islam mentioned in an interview with New Age, ‘it is totally impossible to label the brinjals before going to market here in Bangladesh. We wrote this observation to the government that it would be difficult to distinguish the varieties with labels in markets,’ (New Age, March 14, 2014). That means he violated the condition with declaration.

Did the ministry of environment take any measure for non-compliance of these conditions? We did not see any. We are concerned that more GM crops are in pipeline for approval from the National Committee on Biosafety. If not then what is the purpose of the conditions given with approval?

Will the honourable minister kindly respond?