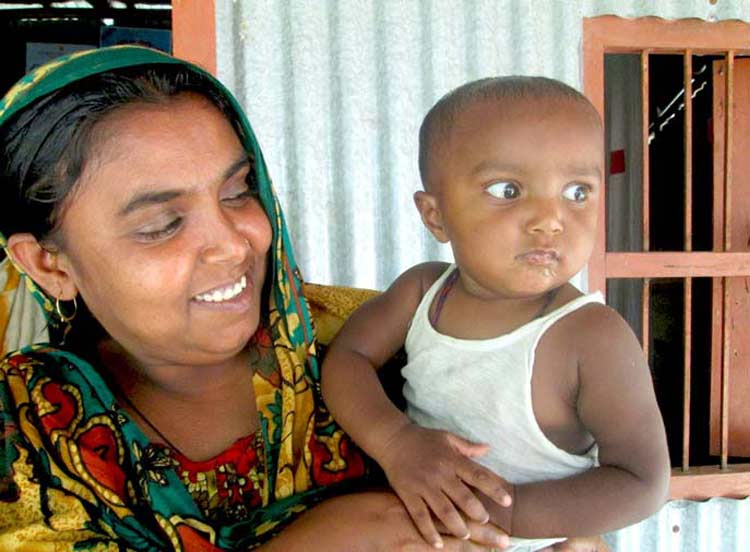 The neonate mortality is very much associated with maternal and child health. Bangladesh has 24 neonate deaths per 1000 live births , in numbers it accounts for 76,722 neo nate deaths. The infant mortality rate has also declined considerably; from 87/1000 live births in 1990 to 43/1000 in 2011 .

The services provided by the healthcare providers are very crucial at the time of child delivery. At the national level, only 26.9% of women are delivering in a facility, mostly in private sector (15.1%) at public hospitals (11.8%) and others facility (2%). The rest (about 71%) are delivered at home. About 2.4 million women deliver at home. The Demographic Health Survey also shows that only 21% of all births were delivered by a doctors and 6.1% by nurse, midwife, auxiliary nurse, which includes qualified doctors, nurses, midwives, paramedics, family welfare visitors (FWVs) and community skilled birth attendants (CSBAs). The rest are looked after by Traditional Birth attendants known as Dais. It is a reality at present and will remain so for the years to come that women, particularly rural poor women will deliver babies at home with the help of the traditional birth attendants, locally known as Dai Mas.

The health facilities include District Hospitals under Health Services Wing (59), Maternal and Child Welfare Centers under Family Planning Wing (97), Union Health and Family Welfare Centers under Family Planning Wing (3478). The other higher level facilities are only available in the Medical Colleges and the Capital City Dhaka.

Analysis of Key Findings of Demographic & Health Survey, 2014
[Analysis of findings are given in Italics]

About two-third women received services, but one third (36%) is still out of contact from a qualified doctor.

Only about one-third women have the required 4 visits for Ante-natal care.

Majority of women (67%) remain outside the services of postnatal care.

The target of 50% of all deliveries by medically trained providers will be fulfilled soon, but still 50% will remain out of reach of their services.

About 63% of births (i.e. two-thirds) were delivered at home.

There is a huge inequality in the use of facilities for delivery. Over 85% poor women are delivering at home, in contrast to 70% of the higher income families.They remain in the hands of the traditional birth attendants (Dai Mas). Even among the higher income group about 30% are using their services.

A Dai ghor is a concept, not just a centre, capitalized on the space and place Dais have occupied in their communities for years. It is a place where traditional birth attendents known as Dai Ma are dealing with the technical aspects related pregnancy and child birth, and also handling the social issues that impact the health and well being of mothers and their children. It built on the decades of practical experiences of UBINIG had with the selected Dais had and UBINIG over the years worked with them to increase their effectiveness by helping them to improve their skills and develop new skills to provide basic pre and post natal care and safer home delivery, recognize danger signs of pregnancy complications and the importance of getting urgent and appropriate medical care for such cases, make referrals to the appropriate government health centers, understand the importance of hygiene and nutrition, challenge gender discriminations and harmful traditions and practices that have negative consequences on mothers and children.

A pivotal and innovative part of the effort are the DaiGhors --- centers, run by a management committee of 5 senior, skilled Dais as focal points for the Dais' operational and advisory activities. Each DaiGhors serves 3 to 5 villages and was managed by 2 Dais at a time on a rotational basis from the five Dais.

Each Dai Ghor serves a population of at least 6500, with about 2500 women in reproductive age and 1400 children under 5. Each Dai ghor has an enlisted 30 Dai mas having experiences in child delivery for 10 to 15 years.

The DaiGhors are open from dawn to late afternoon every day of the week. Dai Mas living near the Dai Ghors are available round the clock. They provide basic pre and post natal care and nutritional advice to women of reproductive age, pregnant women and children U5. They also offer the space for government health officials to carry out the EPI (Expanded Program on Immunization) sessions.

In terms of the use and effectiveness of the DaiGhors, the initiative demonstrated investment by the community for the success and sustainability of the DaiGhors as centers where women can receive care as well as get connected to the government health systems---the same systems which as individuals the majority of the women in the project villages would not have had the confidence and the trust to seek out. 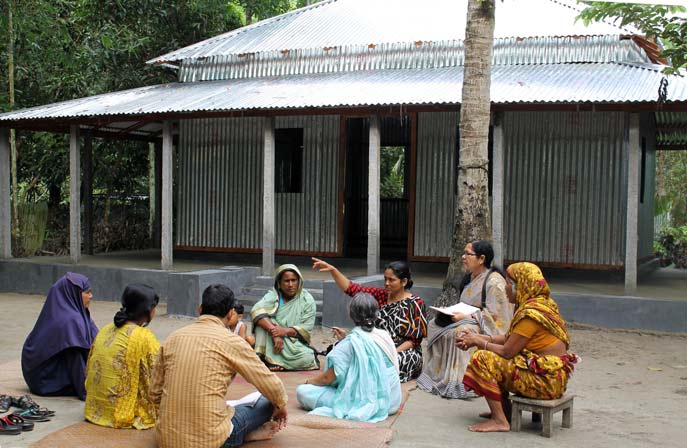 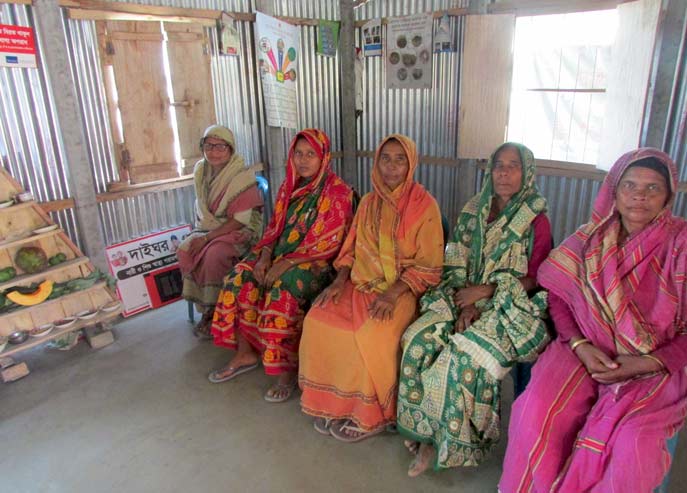 Major focus of Daighors: The services to the pregnant women

Dai ghor is a place with non-medical services. Dai Mas check the pregnant women in the Dai ghor or at their homes. However, women like to come to the Dai Ghor because they get to check blood pressure, weight etc. The major Antenatal care components are monitoring weight, check blood pressure and check up for any signs of complications at different stages of pregnancies so that timely decision for referrals to be made to the government health centres.