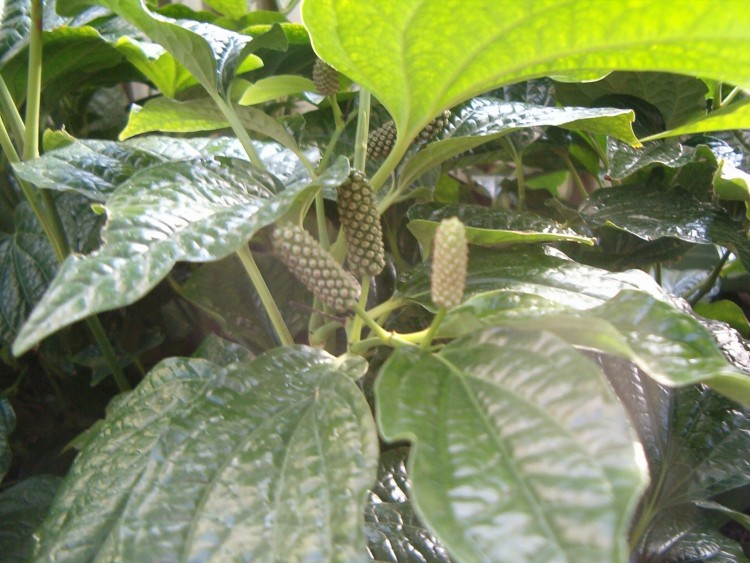 Other Uses : People in Bangladesh's south-western districts like Khulna, Jessore, Bagerhat, Satkhira & Narail cut down the stem, roots, peel the skin and chop it into small pieces - and cook them with meat and fish, especially with mutton. The spicy pungent flavor of Choi Jhal is a year-round additive spice. In Indian states of West bengal and Tripura people use this spice similarly with exception to some people in southern bengal who prepare a complete dish with the Chapa as the base ingredient, it is very spicy. In Thailand, P. chaba is known commonly as "Dee Plee" and also referred to as "Thai long pepper" and it is consumed both in fresh and dried forms. Ground by mortar and pestle, P. chaba is an ingredient in a variety of Thai sauces and pastes, and it is added to soups to mute excessively strong fish flavors. In Bangladesh, the stems of the plant are used as a spice in meat and fish dishes. In most countries of South and South-East Asia, the fruit of the Piperaceae vines is well known as a spice and is called the "long pepper". However, in Bangladesh the use of Choi Jhal is unique, because the twigs, stems or roots of P. chaba – not the fruit – are used as a spice. It is a relatively expensive spice in Bangladesh, and the roots are usually more expensive than the stems because of their stronger aroma. The taste is similar to horseradish.