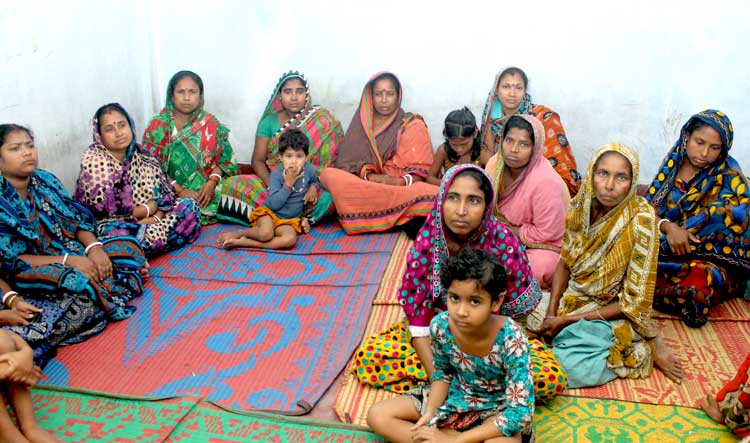 The overall health status of Kaora community is bad. In general they do suffer from skin disease, dysentery, gastric, swelling, hedge. However, the adolescent girls and adult women suffer mainly from reproductive health problems.

The main question was to know how they are treated if they are sick. In response to this question, Shipra Mondal (35 years) said, they usually go to the nearest bazzar and get medicine from the salesman, but he is not a physician. Why they do not go to the hospital? In response to this question Zharna Biswas (40 years) said, there is a Community Clinic in Sarderdanga village, which is 2 km away and Upazila Health and Family Welfare Center is only 30 minutes to go, but most of the physicians and health personnel refuse to treat them because they are from Kaora community. Even the health personnel sometimes refuse to push injection. 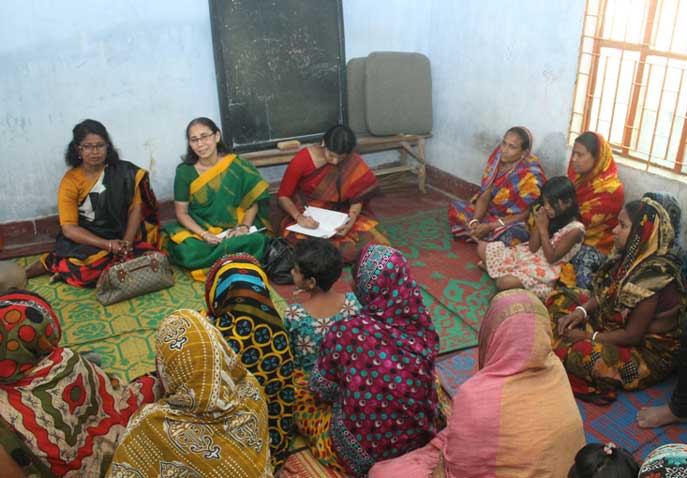 Zharna Biswas told that the health personnel and specially the nurses and physician working for Nice Foundation (a local NGO) health program nicely respond to their problems and care them.

Shipra Mondal also reported that the health condition of adolescent girls and women are very bad. She said, most of the girls of the community are married when they are only 12 years old. So, early pregnancy and early motherhood is very common in this community. Zharna Biswas also said, if an adolescent girl is not married at 12 years, it is very difficult for her to be married at 13.

Dowry is a big challenge for each and every family in Kaora community. As most of the male members and boy-child are engaged in pig raising, their monthly salary is very low. Each of them are given 2000-3000 BDT per month, food and 4 lungis and 2 gamcha in a year. So, they cannot afford the money needed as dowry and they have to borrow from money lenders and many of them can never pay off it.

The discussion revealed that the women and adolescent girls have very little idea about the food and nutrition. But none of them have any idea about the diet for different ages.