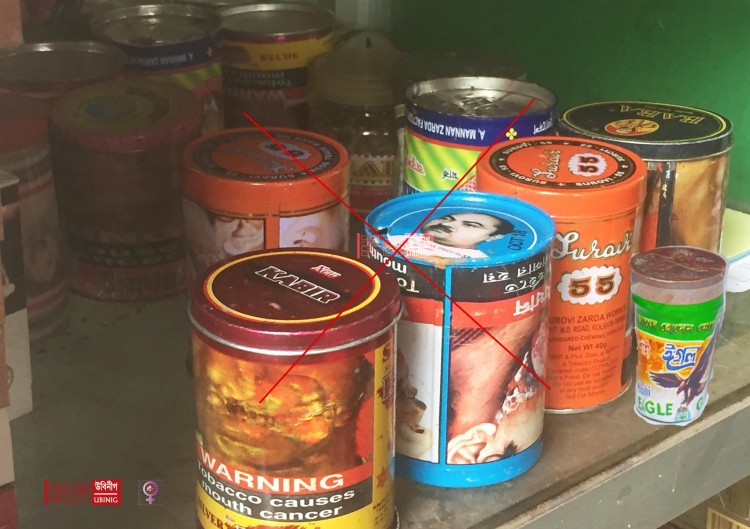 b. Study methodology: The study incorporated a desk review of research literature on SLT manufacturing in Bangladesh and both quantitative and qualitative data collection methods; specifically, the NBR data on SLT manufacturers and their tax payment history, a survey of 88 SLT manufacturers operating outside the tax net, 15 key informant interviews (KIIs) and a group discussion with experts on SLT taxation.

d. SLT taxation: SLT taxation is governed by the Value Added Tax and Supplementary Duty Act, 2012. The government introduced maximum retail price (MRP) as the tax base for SLT products replacing tariff value in FY 2019-2020. The tax structure of SLT products is characterized by low tax base and ad valorem tax system.

h. SLT brands: Among 81 Zarda manufacturers surveyed, 63% operate businesses producing one brand, while 37% produce 2 or more brands. The 7 Gul manufacturers produce only one brand each.

l. Implications for tax policy: Many factors contribute to the deficiencies documented in tax compliance: a lack of a comprehensive tax policy that adequately addresses concerns about public health and illicit trade; capacity constraint of the NBR field offices; gaps in the tax implementation that serve to minimize enforcement; complexities with licensing and submitting tax returns; and most importantly, loopholes that allow for the informality of the SLT sector and result in low revenue collection from the SLT manufacturers. Policy remedies are needed to address these issues.

Smokeless tobacco (SLT) products are found across the globe, and they are broadly categorized as “spit tobacco” or “chewing tobacco”. Globally, an estimated 300 million people across about 70 low-, middle-, and high-income countries use SLT. Most adult smokeless tobacco users (89%, or approximately 268 million people) live in low- and middle-income countries (LMICs) in South-East Asia. Three countries alone (India, Bangladesh and Myanmar) host 86% of the global total SLT use [U.S. National Cancer Institute and Centers for Disease Prevention, 2014].

Considering its harmful effects on health of the users, SLT products are included in the Smoking and Tobacco Products Usage (Control) Act, 2005, amended in 2013 [MOHFW, GOB, 2013]. Among SLT products, Zarda and Gul need processing with tobacco leaves and other ingredients in production units or in factory conditions. Sadapata (tobacco leaf) is sold and processed as an agricultural product and is not manufactured. However, the information on the number of manufacturing units and their production is not available in an organized way. Regulatory mechanisms, such as licensing and trading standards, either do not exist or are inadequately enforced to regulate the composition and sales of such products. Evidence shows that SLT product manufacturers have little tax compliance (Khan et al 2014).

The price of SLT products is very low, making it affordable to the users [WHO, 2019]. The WHO Framework Convention on Tobacco Control (FCTC) Article 6 recognizes that price and tax measures are highly effective in reducing tobacco consumption across various segments of the population [WHO, FCTC].

Few field-based studies are available on the SLT production in Bangladesh, and our desk research found none on the compliance of the manufacturers for tax and other regulations. In 2014 and 2020, UBINIG (Policy Research for Development Alternative) collected information on the brands and on the production of Zarda and Gul. Dhaka International University (DIU) assessed Zarda and Gul manufacturers between 2016 and 2019.