Is Bangladesh a ‘women-unfriendly’ country? 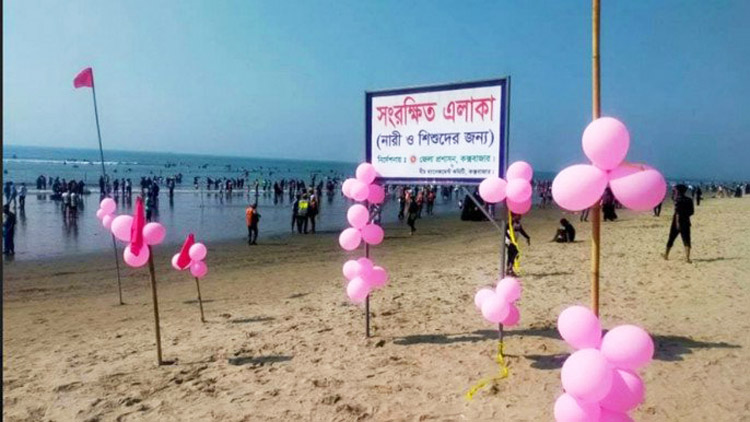 While it is claimed in development literature that Bangladesh has progressed a lot in gender equality, patriarchal systems should be overhauled where women are either cheap labour or serve patriarchal institutions

Let me refer to a few incidents for which questioning whether Bangladesh is 'unfriendly' to women may not appear irrelevant. Among many others, the latest one is the case filed against a sitting Member of Parliament, Dr Murad Hasan, an ex-State Minister, by his wife, alleging physical and mental torture, the use of abusive language and death threats.

The wife, (I do not want to mention her name), had to call 999 as he was about to beat her. But Murad could easily leave his house 30 minutes before the police reached there and still, there is no news of his arrest (as of writing this on 8 January).

Earlier, cases were filed against Murad for use of profoundly vulgar, misogynistic and derogatory language against women, as well as for rape threats.

He boasted of his masculine power, claiming he could use law and order agencies of the state to forcibly bring a woman-citizen to please his lust. But those cases were dismissed by the district courts.

Prime Minister Sheikh Hasina later ordered him to resign from his post of State Minister. He then left the country for Canada but had to return because he was denied entry. Calling 999 was useful only to the point that the wife could be escorted to the police station but the perpetrator could safely escape.

This incident and the delay in arresting Dr Murad Hasan shows the power relation of the perpetrator and victim, and how it goes against the women in the country.

Another incident was the case of a gang-rape of a woman, visiting Cox's Bazar with her husband and their eight-month-old child, which happened on 22 December 2021. A group of men took her husband and child hostage from the city's Laboni Point area and allegedly raped her several times.

The rapists later took her to a guesthouse and raped her once again. The three men threatened to kill her husband and son if she told anyone about the rape and left, locking the door from the outside.

The victim called 999 but did not receive any response. Later she was rescued by the Rapid Action Battalion (RAB). In this case, calling 999 did not work.

Following this, another event highlighted the overall women's situation: the district administration of Cox's Bazar declared a dedicated zone for women and children visiting the sea beach. It comprised an area of 150 metres to make women tourists feel 'safe' at the beach.

The news of the inauguration of a 'reserved area' for women and children at the beach sparked nationwide criticism and had to be cancelled after just 10 hours.

There were 1,348 incidents of violence against women during 2021, of which only 734 were rape according to Ain O Salish Kendra, i.e., over 54 percent were rape cases and 136 or 10 percent were of physical torture. I am sure the incidents happening in the upper class of the society are not included in these cases, except when the victim is seeking legal help.

The question can also be raised on whether there are women-friendly countries anywhere in this patriarchal world given that almost everywhere a universal pattern of discrimination and crime against women continues to be prevalent.

The answer according to the Chief Executive at CEOWORLD magazine is "Frankly, there is no nation in the world that is 100 percent safe for women with the freedom to live equally. But, some countries are better than others when it comes to equal rights, social inclusion, and a sense of security."

According to a new report published in June 2021 by the CEOWORLD magazine, the Netherlands was ranked the best country in the world for women; Norway and Sweden come in at second and third place, respectively. And Denmark ranked fourth.

Eight out of the top 10 countries for women were in Europe. As per the magazine website, to produce the 'Best Countries for Women' list, 156 countries were given scores across nine attributes: gender equality, percentage of legislative seats held by women, sense of security (females 15 years and older who report feeling safe while walking alone at night), income equality, care about human rights, women empowerment, average years of education among women, women aged 25 and older who are engaged in paid work, and women's inclusion in society.

Unfortunately and unsurprisingly, Bangladesh was not even on the list of 156 countries. So we do not know about our ranking, or we might keep dwelling somewhere out of the world hemisphere. Obviously, the nine attributes will not get enough scores in Bangladesh for a favourable ranking.

It is important to notice here that feeling safe while walking alone at night is one of the nine attributes to assess the safety of women. Women in Bangladesh do not feel safe even in their homes, as the cases above suggest.

In another index, Bangladesh ranked 142, with a score of 0.612, according to the Women, Peace and Security (WPS) Index that measures and ranks women's well-being inclusion (economic, social, political); justice (formal laws and informal discrimination); and security (at the individual, community and societal levels).

The percentage of legislative seats held by women in any country depicts women's political empowerment. Unfortunately over the past 50 years, women held only 73 seats out of 350; and among these seats, 50 seats were reserved and not directly elected by the voters.

Only 23 of the general seats were contested between men and women equally. The 50 reserved seats have been nominated since its beginning in 1972 and have been dependent on the party with the majority.

Due to the election process, reserve seat members of the parliament do not consider themselves as representatives of women in the country, rather they remain loyal to the party's high-level leaders who have given them the rare opportunity to become parliament members without having to go through the painstaking tasks of seeking vote in their constituencies.

Women's movement, Oikhyaboddo Nari Samaj, since 1987 and later Sammilito Nari Samaj since 1996 have been demanding direct election to the reserve seats.

The women's movement only demanded a genuine contest among female candidates of different parties and independent members. It is imperative to reject the masculine-patriarchal representation of power in the figure of biological women. Unfortunately neither BNP nor Awami League kept their promises to amend Article 65(2) of the constitution on the mode of election of the reserve seat members.

Although at present, the percentage of women's representation in the parliament is 20 percent of the total seats, the female parliament members often parrot their respective male party members.

The female members in the parliament remained silent over many issues of violence against women as they have over Murad's misconduct in regards to women. Now, it is time to see in the next parliament session, whether they are willing to share the parliament with a member who is a threat to other women, including his wife and children.

Will they speak out on the acts of violence and rape cases where the perpetrators belong to the party in power? Those who are directly elected do not feel that they have any extra responsibility to women, although they have been voted by at least 50 percent of women voters.

On the other hand, the women in the reserve seats have no power in the Parliament sessions as they are not directly elected. The 11th Jatiya Sangsad (JS) will go into its 16th session on 16 January 2022.

It is claimed in development literature that Bangladesh has progressed a lot in gender equality with women joining many professions. Women have been drawn into the market to sell their productivity as 'cheap labour' or use their nation-building capabilities to get 'professional' jobs, serving companies and multinationals.

What surprises women activists is the role of the bilateral and multilateral development agencies in the 'empowerment' of women. Popular developmental rhetoric has systematically ignored the long-drawn demand of the women's movement for direct representation.

We could see that development rhetoric is grounded in patriarchal neoliberal ideology. The empowerment of women to them means drawing them out of the patriarchal sphere of the family into the patriarchy of the market where women are either cheap labour or serve patriarchal institutions.

Women are in law enforcement agencies, bureaucracy, corporate bodies, sports and everywhere. But the right to directly represent themselves and their causes in the parliament has been systematically denied. Add this stark reality to the fact that women continue to feel helpless and threatened at home and in the public sphere.

'Unfriendly' is a soft way to say where and how women are living in Bangladesh. Women themselves must realise that the lack of safety, irrecoverable fear and a constant sense of uncertainty constitute what is known as the patriarchy.

On top of that, we live in a country where the political agency of women has been denied both by our state as well as the development partners.

Women are engulfed in an unfriendly world.