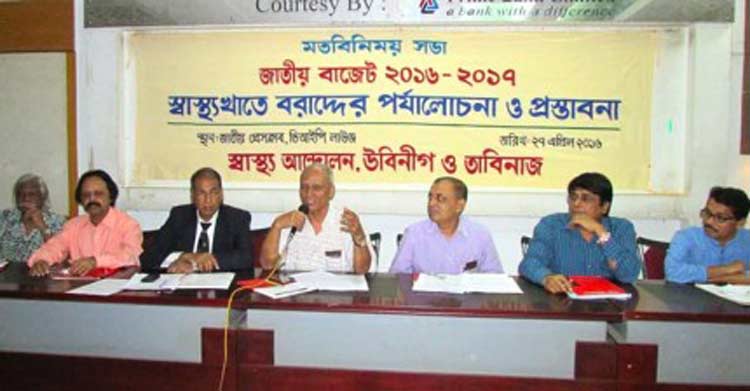 Shasthya Andolon – Health Movement has been active for about last 15 years to ensure improved health service for people and mainly poor and marginal people. We all are aware about problems of Health Sector. It includes less man-power, shortage of equipments and machineries, lacking of coordination and so on.

To address the Budget Issue for the year 2016-2017, Shasthya Andolon will organize an Opinion Sharing Meeting with health personnel, health activists, researchers and media at National Press Club VIP Lounge on 27th April 2016. at 3 p.m. Shasthya Andolon will also present its’ opinion in this session.

Shasthya Andolon invites you all to attend in this session.