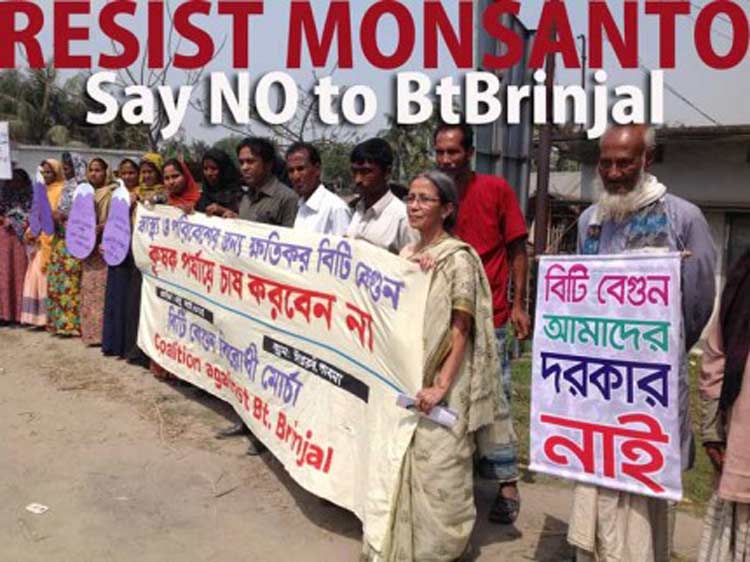 Negative impacts of GMOSs on biodiversity, human health and the rights of small famers are now well recognised. Nevertheless,  Bt Brinjal, a genetically modified food crop, has already been released for field cultivation since 2014 and is being continued despite failures of the crops and farmers economic losses. Nayakrishi farmers have composed songs against the harmful effects of GM crops and also narrating the story of the legal opinion of Monsanto Tribunal that  that Monsanto’s activities undermine basic human rights, need for better protective regulations for the victims of multinational corporations and appeal to international courts to recognize ecocide as a crime.

The events will be held at 10 am Bangladesh time.

PLEASE JOIN US & EXTEND YOUR SUPPORT