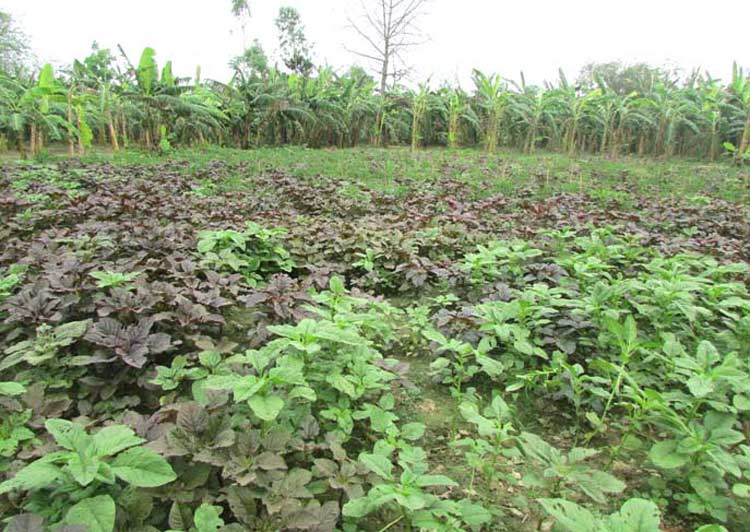 Wheat, grass pea, barley, water gourd, common bean (shim), sweet potato, onion and garlic are crops of rabi season. Among these crops, wheat, barley, grass pea and aniseed are at about the end of harvest. Common bean is there in the homestead area of the farmers at mature fruit stage. Onion, garlic, mustard, grass pea, lentil and tomato have already been harvested.

Crops available round the year

The crops available round the year include brinjal, papaya, banana and lemon. These crops are mainly grown in the homestead areas and in the high land near the homestead. The farmers grow banana on raised land. They grow verities of banana including sobri kola, sagar kola and chapa kola. They also grow plantain. Banana is an annual crop. Banana is planted in the bangla month of Chaitra (March- April). Brinjal, chili, stem amaranth, sweet gourd and okra are grown as companion crop with banana plants in the inter-spaces. Now there are banana plants in bearing stages in the field. Some of the fruits have already been harvested. 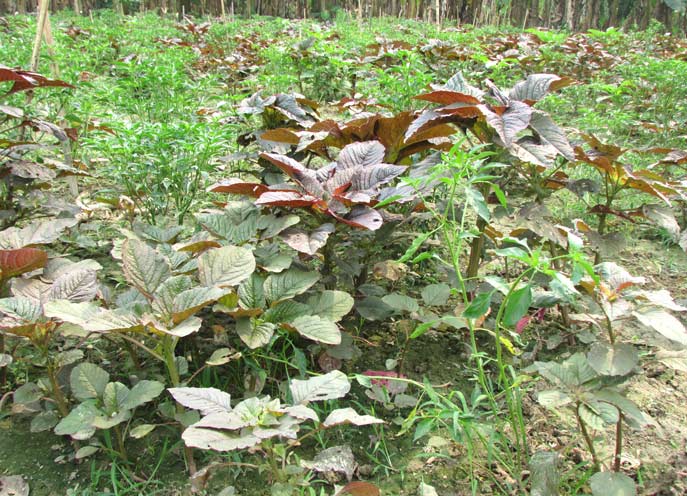 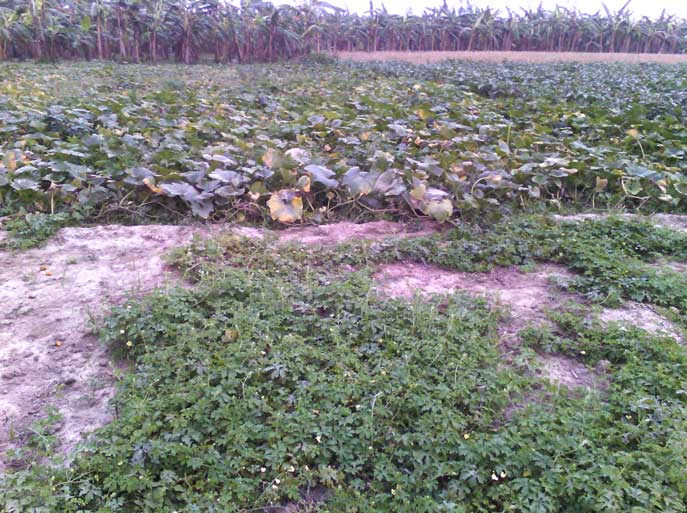 Lemon plants are there now in the field in high land. The main verities of lemon are Elachi and Colombo. These are now in flowering and fruiting stages. The major harvest of lemon will begin after 20-25 days.

Climber vegetables like water gourd, sweet gourd, shim, ash gourd, sponge gourd, Indian spinach, snake gourd and ridge gourd are in most of the homestead area of the farmers. Seeds of these vegetables are sown near the houses. These are provided support with bamboo stick and branches of trees. Sometime these are allowed to climb on the house tops.

Sowing Transplanting and harvesting of crops: